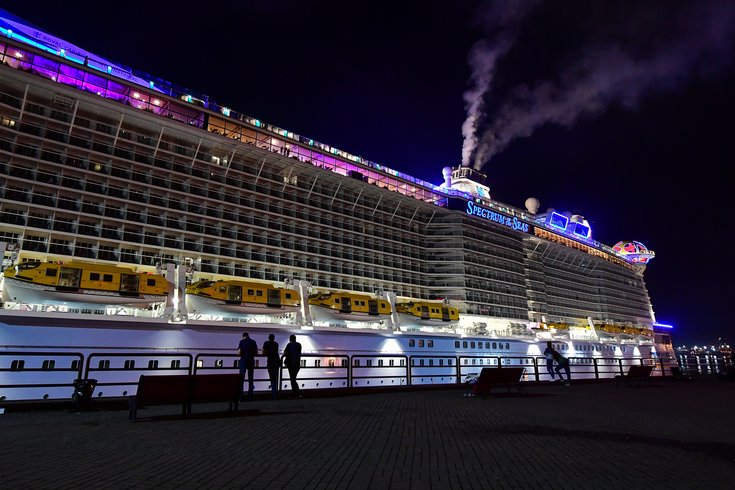 Four Royal Caribbean passengers who were being tested for coronavirus were found to have been cleared of the illness after tests came back negative. Note: This Royal Caribbean ship is not the Anthem of the Seas shipped currently docked in Bayonne, New Jersey.

Four Royal Caribbean passengers who were hospitalized and tested for coronavirus have been cleared of the illness after results came back negative, New Jersey Gov. Phil Murphy said in a statement on Saturday.

"After the evaluation at the hospital, the Center for Disease Control permitted the four individuals who arrived Friday via a cruise ship to be discharged," Murphy said.

Three of the four individuals were diagnosed with the flu after staying in the same cabin, while the fourth person who stayed in their own cabin had no symptoms, according to Murphy. He reassured residents that there are still no confirmed cases of the coronavirus in New Jersey and that the risk remains low.

Royal Caribbean announced on Saturday evening that the Anthem of the Seas cruise ship, which is still docked in Bayonne, will now set sail on Monday for its next cruise and return to New Jersey next Saturday. The cruise, which was supposed to take off on Friday, will now only be for three days and go to Bermuda instead of Florida and the Bahamas. Royal Caribbean is also offering refunds now to anyone who wants to stay home.

The U.S. Centers for Disease Control and Prevention boarded the ship on Friday when it docked, and health officials screened 27 passengers who had recently traveled from mainland China. Officials then cleared 23 passengers and were flown home to China, while the other four passengers were taken to University Hospital in Newark.

The cruise had left Bayonne on Jan. 27 for an 11-day cruise.

Royal Caribbean has said that it would not permit any passengers with passports from China, Hong Kong or Macau as a result of the coronavirus outbreak. Anyone who has been to China, Hong Kong, or Macau in the last 15 days will also not be allowed to board the cruise line's ships.

There are 12 confirmed cases of the coronavirus in the U.S. and no deaths have been reported, according to the CDC. The World Health Organization (WHO) reports that there are 31,424 cases of the illness and at least 638 people have died worldwide, the majority of which are in China.

The coronavirus is a previously-unidentified respiratory virus that surfaced in Wuhan, China. The virus originally spread from animals, but it is now contractible through human contact. Symptoms, which include fever, cough, and shortness of breath, can appear in two days to 14 days following exposure. There is currently no vaccine for the illness.