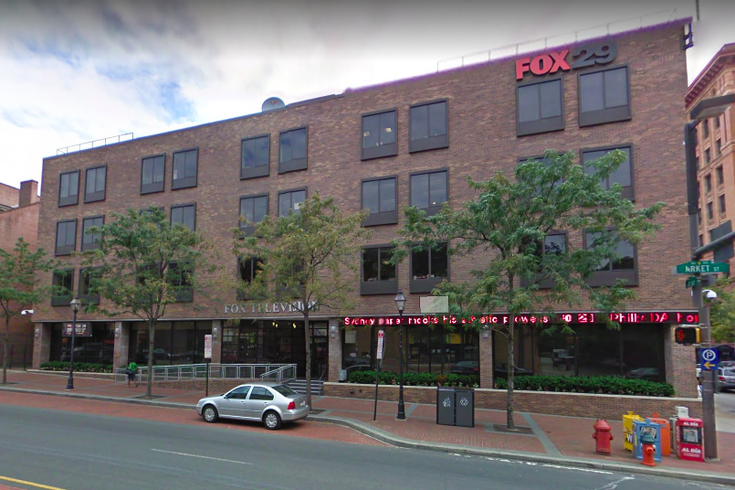 Philadelphia police arrested a man who allegedly broke into the FOX29 studio in Old City on Thursday, Oct. 1 2020.

The incident occurred around 5:20 a.m. at 3rd and Market streets, where several windows to the security entrance were broken with a small sledgehammer.

When police arrived, they observed a witness securing the suspect inside the studio's reception area.

Police attempted to secure the suspect, but a struggle ensued until a SEPTA police officer deployed his Taser, police said.

Investigators said they received information that suspect, upon breaking into the studio, demanded to meet with "Good Day Philadelphia" anchor Mike Jerrick.

“My mother died in a meth lab and I need to talk to Mike Jerrick," the man allegedly said, according to police.

The suspect was taken to Pennsylvania Hospital for a mental health evaluation, authorities said. Police did not release his name.

"Good Day Philadelphia" addressed the incident during Thursday telecasts. The hosts said no one at FOX29 was harmed. There were no other injuries reported to police or the public.

Charges have not yet been announced.