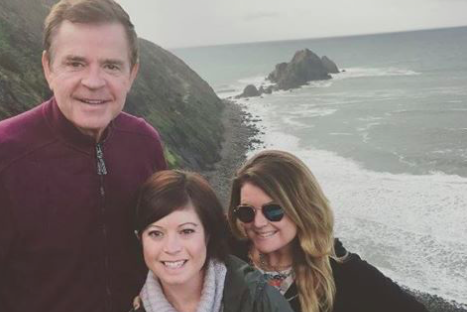 Concerned viewers of FOX29's "Good Day Philadelphia" now have an answer about what's going on with the station's beloved co-host Mike Jerrick, who has been absent from the broadcast for several weeks.

In response to a steady stream of fan inquiries on social media, Jerrick posted a statement to Facebook on Tuesday morning explaining that he has been receiving treatment for depression.

"I am at a wellness retreat down south in the Carolinas. I call it a rehab for the mind, body, and soul," Jerrick wrote. "For the past year and a half, medication and alcohol have not done it for me, and a combination of the two certainly has not been helpful. So, my goal is to get to the root of this down mood. Thankfully, this process is working beautifully! Don’t get it twisted, it has not been easy, but it was time to finally confront the negative feelings."

Last month, "Good Day Philadelphia" co-host Alex Holley told fans on Twitter that Jerrick's absence was related to personal family issue and that he would be returning to the station in the near future.

He's taking some time to deal with a personal family issue. He'll be back! https://t.co/PQAeGHDeDn

Alarm among Jerrick's supporters stemmed partly from a pair of on-air incidents since the start of the new year.

In January, Jerrick was suspended for a week after using explicit language during a segment about White House senior adviser Kellyanne Conway. With an apology and a dose of his trademark humor, Jerrick quickly regained the good graces of his fans who had largely been applauding him for his honesty.

"This show is different than every other show, and I like to take all of our subject matter over the line, put my toe over a line," Jerrick said of the incident, acknowledging that he was reprimanded for his profanity.

Then during an early February snowstorm, Jerrick got into an uncomfortable exchange with FOX29 colleague Steve Keeley, who teased Jerrick for wearing a bright pink sweater to work. Some viewers felt Keeley's comments were homophobic, but it warranted no acknowledgment from the station. Jerrick disappeared from "Good Day" about a week later.

"I am full of gratitude for my ability to do this work, because of the generosity and understanding of my station’s General Manager, News Director, in fact, all of my co-workers and you the viewers, my TV family," Jerrick wrote Tuesday morning. "So far, this exercise has been amazing. I am rested, renewed, reenergized, and eager to get back to you every morning. Again, I am so thankful you have allowed me this time to heal. I love you all and I will be back with you soon, I promise."

On Twitter, Jerrick's fans shared their support for the anchor and wished him well in his recovery.

@MikeFOX29 I, like other viewers, feel like family. I'm so glad you're taking care of #1 and we can't wait to have you back. #missyou #gws

@MikeFOX29 Rest well funny man...and see you later when all is sunny and fresh 😊you are loved Mike

.@MikeFOX29 dealing with depression silently is not easy. Thanks for letting others know it's ok to seek help. #hero pic.twitter.com/mtHG74WP4Y

@MikeFOX29 thank you for your honesty. I didn't think it was possible to ❤you more but I do!!😘😘😘

Such an authentic, open hearted letter @MikeFOX29. Wishing you well my man.

An official date for Jerrick's return to "Good Day Philadelphia" has not been set.