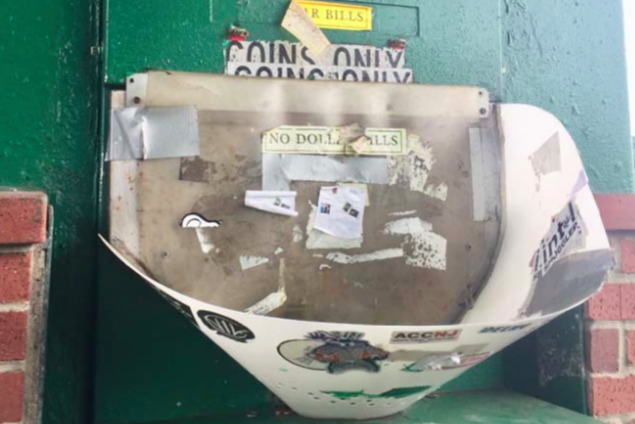 Automatic coin machines will be removed from mainline barrier toll plazas on the Garden State Parkway.

The oddly satisfying feeling of tossing exactly 75 cents into a bucket on the Garden State Parkway is not long for this world.

Officials with the New Jersey Turnpike Authority announced this week that the highway's automatic coin machines are being removed from the mainline barrier toll plazas of the Garden State Parkway over the next two months.

The change will only impact 11 plazas from Cape May to Pascack Valley at the New York state line. With the exception of Sayreville, the 23 plazas on the exit and entry ramps will still have the automatic coin machines.

Officials said the change is motivated partly by limited usage and partly by the cost of maintaining machines with dated electronics and mechanical parts.

"The coin machines are nearing the end of their useful lives and have become expensive and difficult to maintain," the NJTA said. "Original manufacturer’s parts are no longer available, and parts from third-party vendors are becoming scarce."

Parts from the machines taken off the highway will be used to help maintain the remaining machines on the ramps.

Toll statistics provided by the NJTA show that drivers have overwhelmingly turned to E-ZPass, which accounted for nearly 83 percent of the 240.3 million transactions at the mainline barrier plazas in 2017. About 12 percent were paid with cash and less than five percent were paid using the coin lanes.

The 11 lanes with the automatic coin machines will be switched over to full-service lanes, allowing E-ZPass drivers to make their way through. The action is expected to speed traffic and limit slowdowns caused by unprepared drivers in the coin lanes — you know who you are — and those who can't shoot.

Work will begin on Sept. 24 at the Pascack Valley and Cape May barrier plazas. A full project schedule can be found here.