Giselle Torres was reported missing; Police said she was taken by her father, Juan Pablo Torres 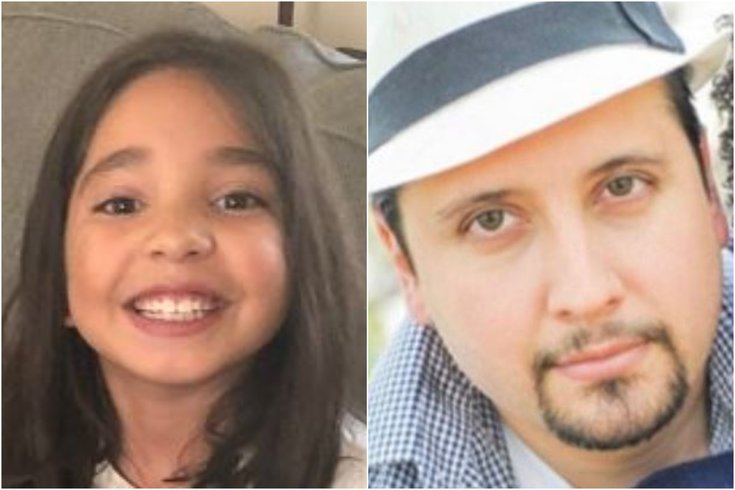 An Amber Alert was issued by Cheltenham police on Friday, Sept. 25, 2020. Authorities are searching for Giselle Torres, 7. She reportedly was abducted by Juan Pablo Torres, 41 and was last seen at 2:18 PM in Elkins Park. Police said Juan Pablo Torres is driving a white or black Dodge Charger. Anyone with information should call 911.

Alexandria Hoff of CBS3 tweeted that the girl had been found safe after Juan Pablo Torres, the 7-year-old's non-custodial father, allegedly abducted her Friday afternoon in Elkins Park, Montgomery County.

Juan Pablo Torre surrendered to a hostage negotiator, according to Hoff.

Per PD: Her non custodial father surrendered in NYC after speaking with a hostage negotiator. https://t.co/ecKsT7ku5O

Below is the original report published after state troopers issued the Amber Alert.

Pennsylvania State Police issued an Amber Alert on Friday afternoon for a 7-year-old girl who was abducted in the area of Cheltenham.

Authorities are searching for Giselle Torres, who was last seen at 2:18 p.m. on Montgomery Avenue in Elkins Park, police said. The alert was issued shortly after 5 p.m.

Torres is believed to have been abducted by 41-year-old Juan Pablo Torres in a white or black Dodge Charger. Police did not specify the relationship between the girl and the man.

Giselle Torres is described as 4 feet tall with brown eyes and brown hair. She was last seen wearing a white tank top and purple tights.

Juan Pablo Torres is described as 5 feet 4 inches tall and weighing 160 pounds with brown hair and brown eyes. He was last seen wearing body armor, a face mask and glasses.

Anyone with information about the abduction should immediately contact the police by calling 911, or Cheltenham Township Police Department at (215) 885-1600.