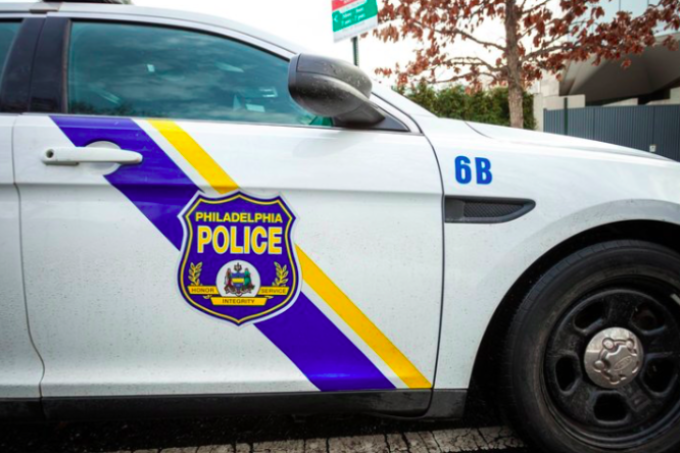 A man was killed and a woman was injured in Grays Ferry early Friday, April 10, 2020, when Philadelphia police fired shots at the couple after the woman drew a weapon on officers investigating reports of shots being fired in the neighborhood.

Philadelphia police fatally shot one man and injured a woman overnight Friday during an incident in the Grays Ferry section of the city, authorities said.

Two 17th district police officers were called to the area of 26th and Jackson streets around midnight Friday for a report of gunshots in the area, according to police. A second call to 911 indicated additional shots had been fired from a rear alley near 1500 South Bailey Street.

When the officers arrived at the scene, they observed two individuals in the rear of the property, police said. A piece of plywood leaning against a cement wall served as a gate to the yard.

The officers pushed down the plywood, revealing a 22-year-old woman and a 33-year-old man. The woman, who was armed, pointed her weapon at the officers, prompting them police to open fire.

Both the man and woman were struck by the gunfire, police said. They fled inside the residence through a rear kitchen door, with the officers following behind.

The suspects were transported to Penn Presbyterian Hospital. The man, who was shot multiple times in the abdomen, died of his injuries. The woman suffered wounds to the thigh, hip and buttocks. She was admitted in stable condition.

The police officers did not suffer any injuries during the incident.

Authorities recovered multiple weapons from the scene, including a .380 caliber firearm that was found in the area where the male suspect dropped to the ground in the living room, police said. Investigators also collected a shotgun, a .45 caliber semiautomatic handgun, a .38 caliber revolver, a .22 caliber rifle, multiple spent shotgun shells and cartridge casings, and multiple live rounds of ammunition.

"The use of deadly force is the most serious action that police officers are empowered to undertake," police commissioner Danielle Outlaw said. "While no police officer begins his or her tour expecting to discharge their firearm, that decision must sometimes be made at a moment’s notice. These situations are often tragic; particularly when they result in the loss of life. As is the case with all officer-involved shootings, we will ensure that a thorough, complete and objective investigation is conducted."

The circumstances of the shots that had been fired before police arrived at the scene were not immediately known. The investigation is preliminary and remains ongoing.