The longtime broadcaster will anchor the team's pregame and postgame shows on Fridays, Saturdays and Sundays 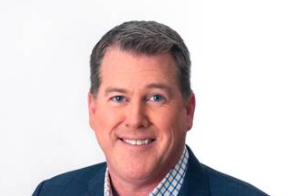 Phillies fans who missed seeing and hearing Gregg Murphy during games can rejoice.

The longtime broadcaster is officially back on the airwaves and joining the Phillies' radio broadcast team, according to the Inquirer. He made his debut Tuesday in between the Phillies' day-night doubleheader against the Mets in New York.

Murphy will be hosting the team's pregame and postgame shows on Fridays, Saturdays and Sundays.

This is the same job that play-by-play man Jim Jackson held on the Phillies' radio broadcast for 14 years before he was let go by the team last fall.

Murphy was one of several high-profile employees who was laid off last summer at NBC Sports Philadelphia as part of nationwide cutbacks at NBCUniversal's regional sports networks.

The St. Joseph's University grad spent 20 years at the network. Since 2012, Murphy served as the field reporter during Phillies games and was a favorite among fans both at home and Citizens Bank Park. He would occasionally fill in as the play-by-play man whenever Tom McCarthy was out.

The South Jersey native and resident recently started a Phillies podcast called "Glove Stories." The podcast features weekly segments that include stories told by Larry Bowa and Charlie Manuel from the team's two World Series-winning seasons in 1980 and 2008.