Jackson hosted the Phillies’ pregame and postgame shows on the radio, as well as called some innings 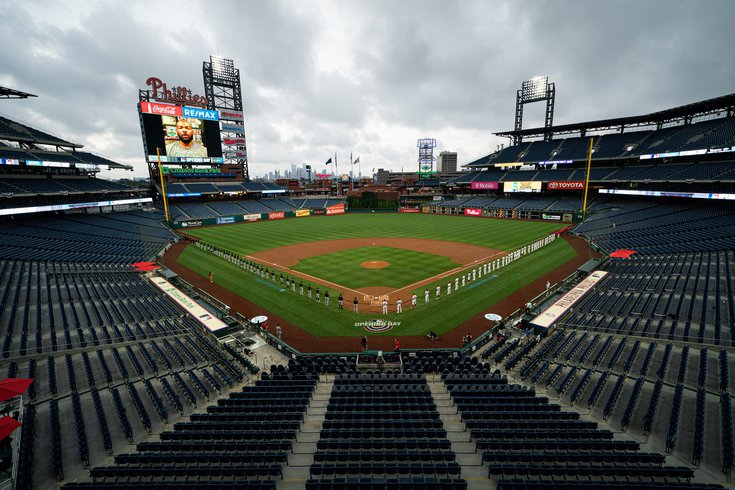 After 14 years with the club, broadcaster Jim Jackson will no longer be on the air during Phillies games at Citizens Bank Park.

A familiar voice on the radio airwaves for Phillies games will no longer be there when the team returns for the 2021 season.

Play-by-play man Jim Jackson will not return to the Phillies’ radio broadcasting booth next season after 14 years with the club. Jackson broke the news on Twitter.

“I’ve been fortunate enough to observe and describe so many amazing moments and players, all while getting to be around the great game of baseball working for a tremendous organization,” Jackson wrote.

“But, as the old saying goes, all good things must come to an end,” Jackson continued. “The Phillies have informed me that they are no longer in need of my broadcasting services. I’m told I’m a ‘luxury the organization can no longer afford in such uncertain times.’”

Jackson has served as the host of the Phillies’ pregame and postgame shows on the radio, as well as called some innings alongside color commentators Kevin Frandsen and Larry Andersen.

“But it was always an honor and privilege to be part of the Phillies’ organization,” Jackson said. “I’ll take many cherished memories with me into my next life chapter and always look back at my time with the Phils with a smile on my face.”

Thanks for a great 14 year run... pic.twitter.com/atkok59bCB

For those who are worried they will not hear Jackson’s voice again soon, have no fear. Jackson will still be the play-by-play man for Flyers games on NBC Sports Philadelphia.

Jackson’s departure from the broadcast booth is just one of several significant changes facing the Phillies this offseason.

Longtime Phillies’ broadcaster Gregg Murphy will not be back for the 2021 season after 20 years at NBC Sports Philadelphia. He had been part of the Phillies broadcast as a field reporter since 2012 and was a favorite among fans.

The organization is also expected to make significant layoffs to full-time employees “in the near future” as a result of COVID-19’s financial impact. Buyouts are being offered for many employees who do not work in baseball operations.

Staffing in player development, scouting, and research and development could see cutbacks as soon as November once contracts terminate at the end of October.

It’s unclear right now how many jobs will be cut, as the team employs roughly 500 full-time workers. The Phillies were required by law to give employees a 45-day notice of potential layoffs, which the organization pledged it would not impose before the end of October.

With no fans coming through the ticket gates at Citizens Bank Park during the shortened 2020 season, the Phillies have reportedly lost more than $145 million this year.

Managing partner John Middleton and the Buck Family infused $100 million of their own money earlier this year to keep the organization afloat amid the public health crisis.