They were among just 29 GOP legislators in the U.S. Congress who joined Democrats in the wake of the mass shootings in Uvalde, Texas, and Buffalo, New York, 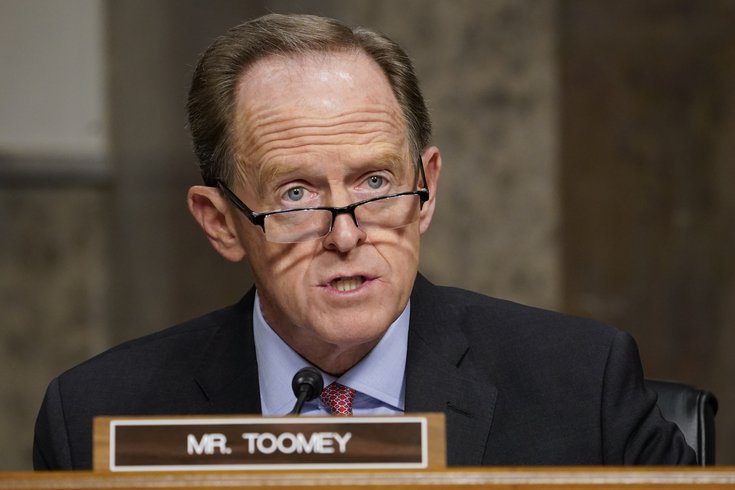 Sen. Pat Toomey and Rep. Brian Fitzpatrick are among the 29 GOP legislators who crossed party lines to support the bill signed into law by President Joe Biden on Saturday.

The bill was passed following a pair of back-to-back mass shootings in Uvalde, Texas, and Buffalo, New York, last month.

No federal gun control bills have been passed since 1994. That's when a bipartisan group of lawmakers passed a ban on civilians possessing assault rifles and large-capacity magazines. The law expired after a decade.

Toomey was one of the main Republicans behind the legislation, City & State PA reports. He also played a central role in negotiating the bill's passage.

The senator was one of the first Republicans in the nation to publicly support background checks in the aftermath of the 2012 Sandy Hook Elementary School shooting in Connecticut, the Inquirer reports.

He and Sen. Joe Manchin co-sponsored a bill which would have expanded background checks to all commercial gun sales in 2013 and again earlier this year, but they were unsuccessful.

At present, federal law doesn't require background checks for online sales or purchases at gun shows so long as they're made between private citizens from the same state. Federally licensed firearm dealers always need to do a background check, regardless of where they make a sale.

Toomey opposes sweeping bans on assault weapons and high capacity magazines. He sees background checks as a way to allow law-abiding citizens to retain their second amendment rights while giving the government the power to take firearms from people who present a danger to themselves or others.

Fitzpatrick voted yes on a different House bill which would have raised the age to buy assault weapons to 21 and capped magazine capacities at 15 bullets two weeks ago. It passed the House but was not taken up by the Senate.

He also voted in favor of the bill passed on Saturday.

"You get a lot of blowback on votes like this for sure. But it's the right thing to do," Fitzpatrick told 6ABC. "We have no greater obligation, not just as elected officials, but as human beings than to take care of our kids,"

He's supported stronger gun control measures in the past, as well. This is not the only area where Fitzpatrick is a moderate. He also acknowledges climate change as a serious issue and supports same-sex marriage.

Fitzpatrick is one of just nine house Republicans who won in a district Biden took in 2020. This means he would likely get less flak from voters over his gun control stance than other GOP legislators.

But most Pennsylvania residents are not opposed to gun control legislation, according to some recent polling, even though it's known as a gun-friendly state.