From train conductors to mascots, here are the best Philly-themed Halloween costumes 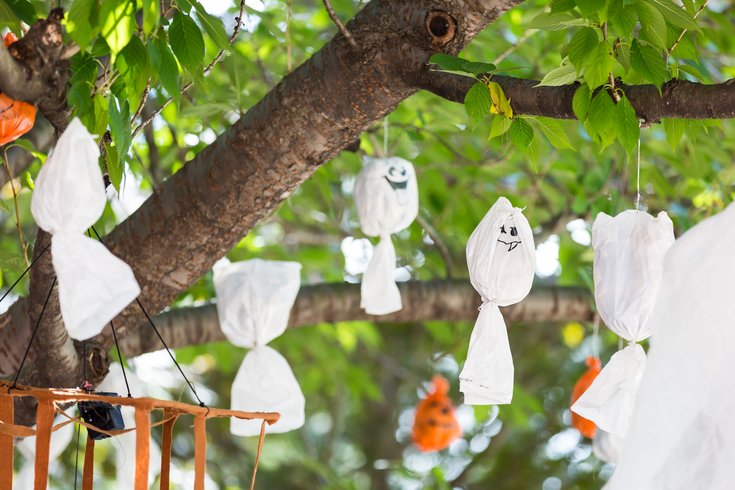 Halloween decorations outside a row house in Philadelphia.

We've all seen dozens of Gritty Halloween costumes, and you probably know at least one person who dressed in all orange to pull off the look this year.

And if you went for it, great job (see below).

But there's been a lot of creativity in Philadelphia this Halloween that goes beyond the orange mascot, too. We rounded up a bunch of locally made and inspired costumes that were posted to social media to get you in the mood for the holiday and for the upcoming weekend of Halloween parties.

RELATED: Everyone and their dog is dressing as Gritty for Halloween

First of all, there are too many adorable kids dressed in SEPTA costumes. Why is it so cute for kids to pose as train conductors?

@SEPTA this #VizKid is ready if you need any extra drivers today. pic.twitter.com/AIViEyTqli

Still need a costume? Check these out! Thanks to everyone who shared these pics with us last year! #ISEPTAPHILLY #Halloween2018 pic.twitter.com/1y28OKmUts

There were the classic Eagles' costumes.

There will be LOTS of Eagles Costumes Today!!!

And there are the obligatory nods to Philly celebrities.

Have you seen this #HalloweenandOates costume on the left before? If you haven’t, that’s Elsa! one of our biggest (and youngest) fans and we finally tracked her down TWO years later!! Enjoy the merch Elsa and have a great Halloween tomorrow!

Do PPA officers count as celebrities?

We'll include this one because it's Gritty AND the Phanatic. Plus, feathers.

I'll leave you with this one. Because, what?

Did you dress up as a SEPTA train or Bob Saget? Send us a photo!