Handing out 10 awards from the Eagles-Bears game 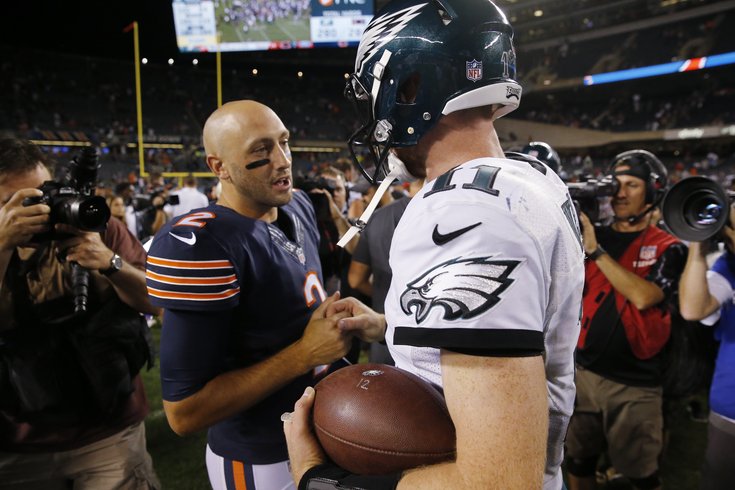 "Uh, you're not the guy whose hand I shook before the game. Where'd he go?"

The question isn't whether the Eagles are going to win a Super Bowl this season. It's only a matter of, 'Which Eagles player is going to win Super Bowl MVP?' After their second straight impressive victory (albeit over two opponents on the weaker side), Philadelphia is certain to be all Eagle'd up this week.

OK, that's not even an award. Just... Carson MF Wentz.

Second career start... on the road... on Monday Night Football... and even though his stats weren't eye-popping, he was money. Again.

2) The Lopsided Victory Award: The Eagles

The Eagles lead the NFL in point differential, at +34. The Arizona Cardinals are second, at +31, just FYI. The conclusion I would draw here is that the Eagles have scored a lot of points, and have prevented the other team from scoring points, which is ideal.

Through two games, the Eagles have a grand total of zero giveaways, four takeaways, and are third in the NFL with a turnover differential of +4. The conclusion I would draw here is that the Eagles have taken the ball away from the other team a lot, and have not given the ball away to the other team much, or in this case at all, which again is ideal.

It's not OK to root for injuries, kids. However, it's always a good thing when you can hit the opposing quarterback, and the Eagles have done that a lot. The first two quarterbacks the Eagles have faced this season don't feel so good. 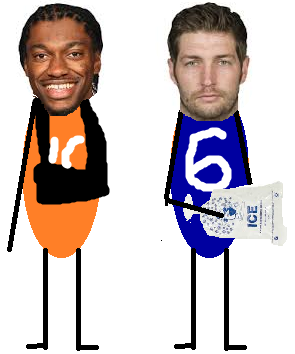 Ryan Mathews' overall stats aren't stellar through the first two weeks of the season, but he does have a share of the league lead with three rushing touchdowns. The body control and balance that he showed on his first rushing TD was very impressive.

All training camp long, it was obvious how good of a football player Trey Burton has become. In his first opportunity as a big part of the game plan, Burton shined, catching five passes (at least two on huge third down plays) for 49 yards and a TD.

While the Eagles were stellar Monday night, one player who struggled mightily (especially in the first half) was Jason Kelce, who was often getting pushed into the backfield like he was wearing roller skates.

8) The 'Welcome to the NFL Moment' Award: Jalen Mills

On the Bears' lone offensive TD drive, Mills missed a tackle, which led to a nice gain, and then got roasted by Alshon Jeffery on a deep ball in which he 'bit the cheese.' However, after the Bears had early success throwing down the field to Jeffery, Mills had a short memory and played much better.

9) The 'GET DOWN' Award: Carson MF Wentz

Seriously, Carson. Slide or run out of bounds.

The perception of many, both locally and nationally, was that Doug Pederson was anywhere from an Andy Reid knockoff (if you were being kind) to a bumbling moron (if you weren't).

So I guess ol' Doug kinda seems to know what he's doing, huh?