Could a relationship between dark matter and the end of the dinosaur epoch explain our evolution? 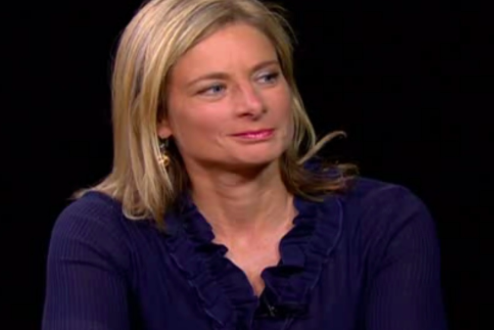 The origin of humanity is one of the greatest and most challenging scientific puzzles to reckon with, in part because multiple disciplines approach the question from their respective knowledge bases and modes of investigation.

In her latest book, "Dark Matter and the Dinosaurs," Harvard University physicist Lisa Randall attempts to unify several ideas, revisiting the cataclysmic event that killed the dinosaurs to present a hypothesis about how primate evolution was given the chance to advance.

At the center of Randall's theory is dark matter, the elusive yet omnipresent substance astronomers believe comprises as much as 85 percent of all matter in our universe, despite the fact that we have never directly detected it, according to Business Insider.

In her book, Randall describes a dark, pancake-shaped patty of densely packed dark matter within our galaxy that could be responsible for our emergence as a species.

Randall proposes the possibility that this "disc" of dark matter, located in the Milky Way, was responsible for producing the 9-mile-long comet that most paleontologists believe struck Earth 66 million years ago and wiped out 75 percent of its species. While most of the dinosaurs perished, some small primates survived, decisively changing the planet's evolutionary path.

Proving the hypothesis is extremely difficult given our limited knowledge of dark matter, but in light of its acknowledged gravitational influence, Randall and her colleagues considered that any dark matter disc in our galaxy would exert significant force on the objects around it.

By examining the rate of oscillation of our solar system in the Milky Way – proposed by astronomers around the turn of the century – Randall looked further into patterns of life in Earth's history. Our solar system is estimated to pass through the plane of the Milky Way every 32 million years, as shown in the illustration below.

Illustration of the oscillation of our solar system in the Milky Way, where the black line at the center represents the dark disc. (APS/Alan Stonebraker).

Randall believes that if the dark matter "disc" is within the galaxy, Earth would also pass through its plane at the same rate. She proposes, based on a review of Earth's mass extinction record, that these events may coincide in proximity to the dark matter disc, whose gravity affects the outer zone of our solar system known as the Oort cloud.

The Oort cloud, which contains billions of large icy objects, lies between 90 billion and 9 trillion miles from the sun. Randall believes that the dark matter's influence on the Oort cloud periodically produces catastrophic impacts on Earth that wipe out larges swaths of life.

Current research attempts to back this hypothesis up by studying the behavior of visible matter, which could tip off deviations of celestial movement in the presence of a hypothetical dark matter disc. Randall's hope is that connecting our origin to the universal influence of dark matter can help us better understand how it operates and where to be focusing energy for future research.

Learn more about dark matter in the video below.