Ryan Allen, who went into anaphylactic shock last October, will transition to hospice care after months at Moss Rehabilitation 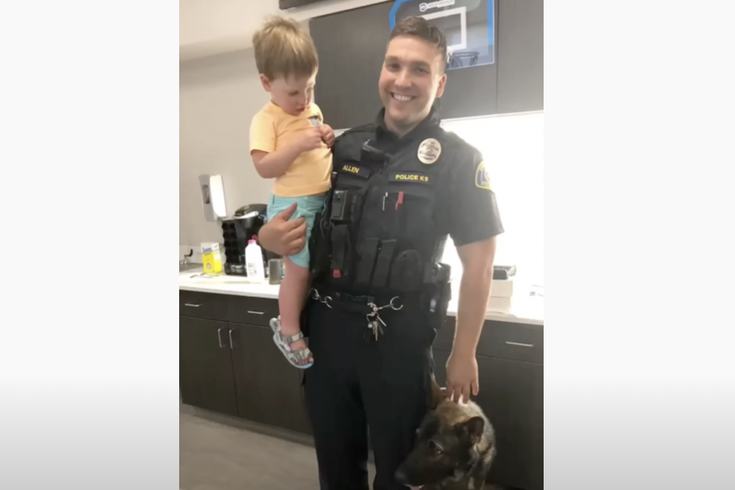 A Montgomery County police officer who suffered serious complications from a bee sting last fall will return home to spend his final weeks surrounded by family and friends in hospice care.

Ryan Allen, a K9 officer who spent nine years with the Hatboro Police Department, was stung by a bee on Oct. 14 and quickly went into anaphylactic shock. The father of two suffered a heart attack at home. His vital signs stopped for 20 minutes before medics restarted his heart. He developed a serious brain injury that left him in a coma for a month.

Allen had no prior history of a bee allergy, a vulnerability that can produce severe reactions.

After seven weeks in intensive care, Allen was in and out of hospital and rehabilitation settings for three months. His family had hoped he could return home to continue his physical and mental recovery, but the grave seriousness of his condition was recently revealed by an MRI that showed extensive shrinking of his brain, including critical portions that had disappeared.

"Ultimately, we have been told by his medical team there is no chance that he will recover in any meaningful way," Whitney Allen, the officer's wife, wrote on Facebook.

This is a very painful post to write but I know I have to be transparent as many of you have been following Ryan’s story...

Allen suffered an anoxic brain injury caused by prolonged oxygen deprivation, which results in a significant loss of cognitive and motor function. These injuries often are associated with strokes, but also can occur due to a pulmonary condition, such as cardiac arrest, or from exposure to a toxin.

Full recovery from severe anoxic brain injuries is rare, leaving many patients in a vegetative state, while milder cases can be improved through rehabilitation.

Allen's brain injuries resulted in a "disordered state of consciousness" that rendered him completely dependent on others for all daily living activities, Whitney Allen wrote in a separate message on GoFundMe.

Allen is currently at Moss Rehabilitation in Elkins Park and is expected to be released in the coming months. He will require 24/7 skilled nursing care, an expense the family says will not likely be covered by insurance.

"Ryan’s injury has been devastating for our family and the community who have been following his story since his medical event occurred," Whitney Allen wrote on GoFundMe. "The fall out has been unimaginable."

Due to Allen's definitive prognosis, the family decided that he should be with his family in a peaceful environment for the remainder of his life.

"As his family and the people that know and love him the most, we know from the bottom of our hearts that Ryan would not want to live in the current state he is in," Allen wrote on Facebook. "We want to do what is best for Ryan and that is to give him his freedom and peace after so much trauma and pain. There are no words to express our family’s emotions right now as we attempt to navigate the next few weeks. We are so grateful for the generosity of you all, especially on the recent Go Fund Me for Ryan."