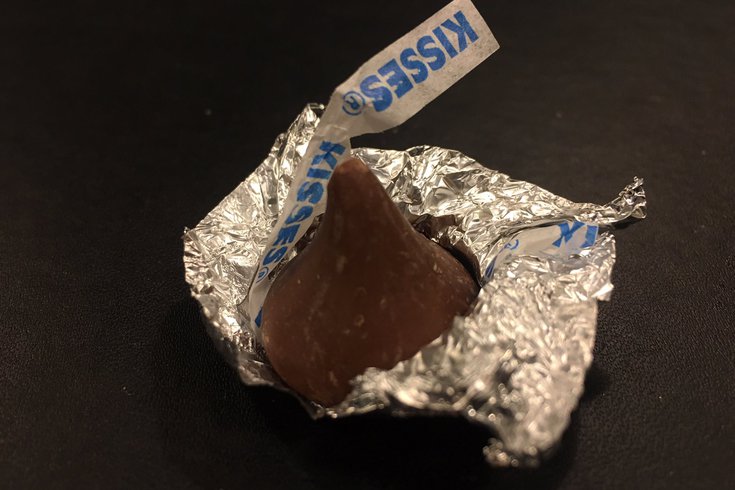 Hershey's new holiday commercial drew criticism from Twitter users this week, pressuring the Pennsylvania-based company to bring back their original advertisement which has aired annually since 1989.

Hershey's new twist on their annual Christmas commercial drew negative feedback from Twitter users this week, prompting the Pennsylvania-based company to bring back their classic advertisement.

The well-known holiday commercial featuring Hershey's Kisses as bells playing the holiday classic "We Wish You a Merry Christmas" has aired annually since 1989.

This year, though, the company decided to try something new. Unfortunately, it did not go over well with some viewers.

The new ad starts the same way as its predecessor, but is interrupted when a child picks up one of the Kisses, unwraps it, and uses it to bake holiday "peanut butter blossom cookies" topped with Hershey's Kisses.

The seemingly innocent "Bells to Blossoms" commercial appeared to enrage some Twitter users, who demanded that the company bring back the original advertisement.

In response to the backlash, Hershey's has announced that it will now air both advertisements this holiday season.

The company took the time to respond to some of the angry Tweets.

"Hey! Hi! We want to let you know that we will be airing both the original and our new Kisses holiday ad!" the company's account said in a message to a Twitter user on Tuesday.

View some of the feedback from Twitter users who just couldn't stand another change to normalcy in 2020 below.

@Hersheys I don’t mind having a new Hershey’s kisses Christmas commercial in ADDITION to the original one. Please use both this holiday season! Some of us miss the old one too!

Hershey's updated their iconic Christmas commercial, and it doesn't have the same impact IMO. pic.twitter.com/A6jyNV0udf

@Hersheys redid my favorite Christmas commercial of ALL time. Have loved this commercial and have looked forward to it for over 30 years!!!!! Why change it now??? Just won't be the holiday's without hearing that last Hershey's kiss let out a big "whew" at the end! Damn u 2020

So after all of these years, they finally changed the Hershey’s Kiss Christmas commercial 😄