WATCH: DeVonta Smith puts Eagles up 24-0 at the half 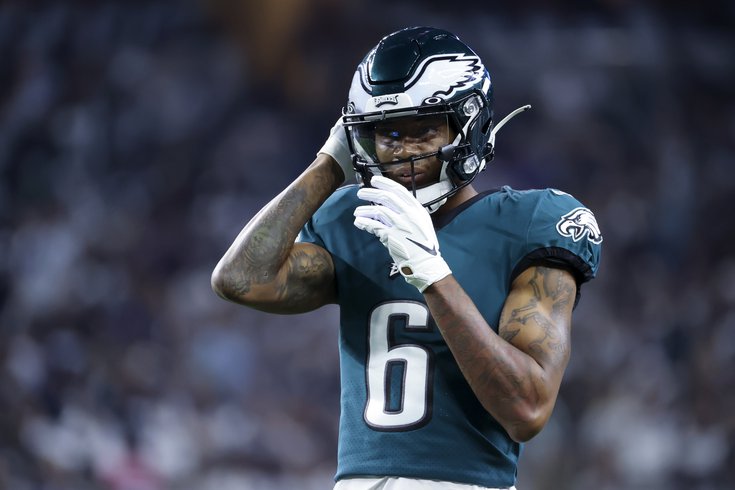 Eagles wide receiver DeVonta Smith is having himself a day against Washington.

Carson Wentz is getting used to seeing the turf, and on the other side of the ball, the Commanders' defense is getting real familiar with DeVonta Smith.

After hauling in a 45-yard bomb from Jalen Hurts along the right sideline in the first quarter, which set up an Eagles field goal, the second-year receiver went up for another big catch with less than a minute remaining in the half.

In double coverage, Smith went up and came down with it for a 44-yard gain that put the ball on the Washington 1.

The play took the wind out of him on the landing, but he stayed in, which proved to be huge.

After the Washington defense forced a 4th and goal situation with the clock expiring, Hurts put up a contested ball in the back of the end zone. Smith came down with it again and the Eagles went up 24-0 at the half.

So far, Smith has seven catches for 156 yards, a touchdown, and a tour up the sideline with the new Bat cape.

Devonta Smith in the first half: