In Philadelphia, smoking rates have declined significantly but are still higher than the nationwide average 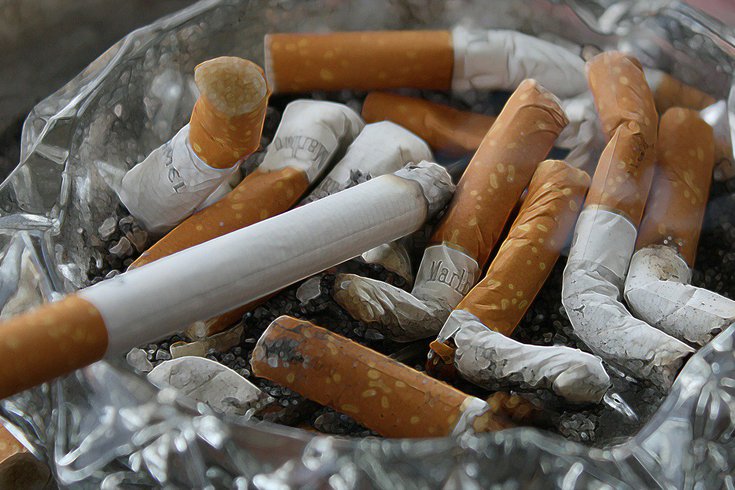 It was exactly 58 yers ago on Tuesday that the federal government published a studying establishing a link between cigarettes and cancer. Since then, smoking rates in Philadelphia have dropped immensely but still outpace nationwide averages.

It was exactly 58 years ago on Tuesday that the U.S. Public Health Service released a report linking cigarette smoking to cancer. Spearheaded by Surgeon General Luther Terry, the document was based on 7,000 articles that warned about the negative health impacts of tobacco.

Today, the groundbreaking report is considered the nation's first punch in its ongoing battle against nicotine use.

Before then, cigarettes were a mainstay of American society and tobacco advertisements adorned the nation's billboards, airwaves and television screens. Many claimed there were no negative health impacts associated with the habit.

Over the remainder of the 1960s, the U.S. Congress passed two laws which banned cigarette advertising in broadcast media, required health warnings on cigarette packaging and called for an annual report on the health consequences of smoking.

Smoking rates have declined precipitously since then. Back in 1965 over 42% of American adults smoked cigarettes according to the American Lung Association. That number was down to about 19% in 2011 and is now just under 14%.

One of the main forces behind the 1964 study's release was then U.S. Surgeon General Luther Terry.

The Alabama native was nominated to the position by President John F. Kennedy in 1961. After he retired from government service in 1965, he moved to Philadelphia where he managed the University of Pennsylvania's health science programs and became a professor.

Terry spent his last few years working at the company that would eventually become Aramark – which is headquartered along the Schuylkill River at 2400 Market Street – before he died of a heart attack in 1985.

In Philadelphia, adult smoking rates are slightly higher than the national average but still declining. Roughly 19% of adults in the city smoked cigarettes in 2019, which was down from over 25% in 2011.

But in Philly, a person's economic status is a better indicator of their smoking habits than their race, according to the city's DOH.

In many ways, teens are the most important demographic when it comes to smoking prevention, as they often carry their habits from adolescence into adulthood.

In 2019, Philadelphia found that just 2% of high schoolers smoked cigarettes, which was down from nearly a quarter in 1999. That's even lower than the 4.6% reported nationwide in 2020 by the CDC.

But cigarettes are an old-fashioned way to consume nicotine, and nowadays many public health officials are more worried about teens vaping.

Nearly 20% of the nation's middle and high schoolers reported vaping nicotine at least once in 2021 according to the CDC. In 2019, Philly's DOH found that 7% of the city's youth vaped while just 2% smoked cigarettes and 4% used other forms of tobacco. In the same year, 9% of Philly adults reported using e-cigarettes

Many public health officials believe the seemingly endless number of flavors one can pick when vaping, many of which simulate the flavor of candy or other sweet treats, are a covert way for the nicotine industry to market to the nation's youth.

Of the more than 2 million American school kids who reported using an e-cigarette in 2021, 8 in 10 used a device featuring flavoring.

As a result, a wave of laws similar to the ones targeting cigarettes were passed against vaping in recent years.

In Pennsylvania, tobacco of any kind – including e-cigarettes – can't be sold to anyone younger than 21 and are subject to a 40% tax.

Philadelphia has some of its own regulations around smoking, including laws which require most tobacco outlets in the city to have a special license. Additionally, the city has limited the sale of non-tobacco-flavored products with a nicotine content of more than 20 milligrams per milliliter to adult-only stores.

In New Jersey, regulations on cigarettes are similar but the rules surrounding vaping are a little bit tougher. The state outlawed all flavored vapor products in 2020 because of their appeal to children.