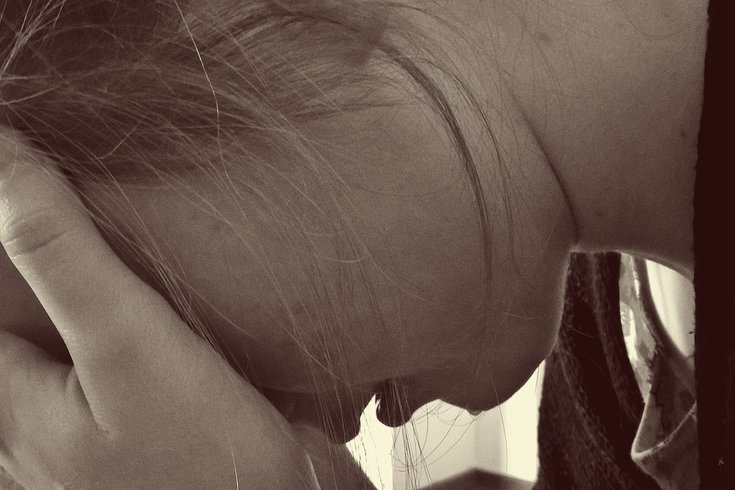 Depression is twice as common in women than men. Scientists have identified a biomarker that one day may enable them to screen women for depression through blood tests.

Severe depression appears to alter the brains of men and women in different ways, a finding that may help explain gender differences related to the mental health illness.

Gender differences in the prevalence of major depression and the manifestation of symptoms are well-documented, but scientists are still investigating why these differences occur.

Scientists at the Université Laval in Canada examined the brains of people with depression at the time of death. They found changes occurred in different parts of the brain based on the person's sex.

They also identified a potential depression biomarker in women. Depression is twice as common among women than men.

The findings showed that sex differences observed in animal studies on depression also are evident among humans.

Prolonged social stress weakened the blood-brain barrier separating the brain from peripheral blood circulation in male mice, past research showed. Those changes were caused by the loss of a protein in a part of the brain associated with reward and control of emotions.

But in female mice, the loss of the protein and the weakening of the blood-brain barrier occurred in the prefrontal cortex, which is responsible for many executive functions, including the abilities to focus, plan, control impulses and predict the consequences of actions.

"The prefrontal cortex is involved in mood regulation, but also in anxiety and self-perception," said lead author Caroline Ménard. "In chronically stressed male mice and in men with depression, this part of the brain was unaltered. These findings suggest that chronic stress alters the brain barrier differently according to gender."

The female mice and women with depression also had higher concentrations of an inflammatory molecule in their blood than their male counterparts. This blood marker is linked to the health of the brain barrier.

The findings, published in Nature Communications, are the first to suggest the importance of neurovascular health in depression and the first to identify the inflammatory molecule as a depression biomarker in women, the researchers said.

Depression currently is diagnosed through questionnaires, not blood tests.

"It could potentially be used to screen for and diagnose depression," Ménard said. "It could also be used to measure the efficacy of existing treatments or treatments in development. But first, large-cohort clinical studies will need to be conducted to confirm the biomarker’s reliability."

The sex differences related to depression also may stem from biological changes during fetal development, when hormones and genes are disrupted as the brain develops, Jill Goldstein, senior scientist at Brigham and Women's Hospital in Boston, previously told LiveScience.

These biological changes have been linked to a vulnerability to mood disorders in women, she said.

Mental health experts also say women are more in tune to their emotions and therefore are more likely to recognize the symptoms of depression. They also are more prone to negative self-talk or ruminating thoughts in which they blame themselves.

One study found women with severe depression are more likely to exhibit certain dysfunctional attitudes, such as seeking applause and dependence. Studies also have shown that women are more likely to have experienced a stressful event prior to a major depressive episode.

Women's hormonal changes during different life stages also can contribute to the reason women have a higher risk of depression, the Mayo Clinic reports. So can social and cultural factors, such as unequal stature and work overload from balancing work and home responsibilities.

Men's symptoms of depression often are harder to recognize – leading to an underestimation of how many men actually experience depression, mental health experts say. Though women are twice as likely to be diagnosed with depression, men are more likely to commit suicide.