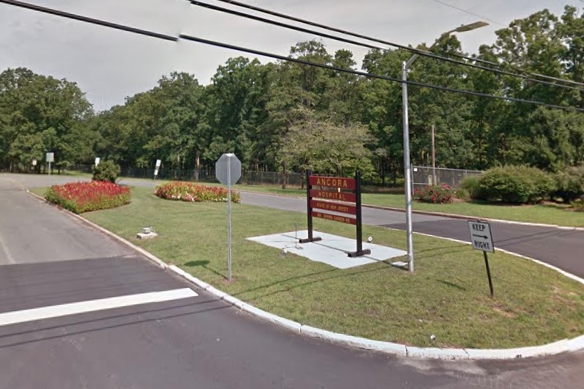 Marvin Smith, 41, was in the custody of Ancora Psychiatric Hospital in Camden County, New Jersey, when he broke free while being transported back to the facility Tuesday. Smith pleaded guilty to aggravated manslaughter for killing Paula Macklin in 1997.

A man who killed his aunt in 1997, stabbing the woman multiple times, escaped earlier this week from the New Jersey psychiatric hospital where he had been serving parole.

Marvin Smith, 41, was in the custody of Ancora Psychiatric Hospital in Hammonton, Camden County, when he broke free while being transported back to the facility at 10:30 p.m. Tuesday.

He was captured on Wednesday.

Macklin, 44, was a teacher at McGraw Elementary School in East Camden. After killing her, Smith burglarized her home and drove away in her Jeep Grand Cherokee, according to Inquirer reports at the time.

In July 2000, Smith admitted to killing his aunt while being arrested by police who responded to a report of man having a psychotic episode in Glassboro.

Smith also admitted to fatally shooting another man, Terron Johnson, 20, of Camden, in October 1997. He was then charged with his murder in January 2003.

Two trials failed to convict Smith, who maintained in court he was mentally ill, the Courier Post reported. When Smith agreed to plead guilty to aggravated manslaughter for Macklin's death, prosecutor's dropped the second murder charge.

He was sentenced to 22 years in prison. Smith had been admitted to Ancora in March 2019 after his release from prison on parole.

Smith escaped while being taken to a nearby hospital to treat a minor injury. When the vehicle he was in stopped for a red light at Route 73 and Cross Keys Road in Berlin Township on the way back, Smith leapt out the door and began to run, officials said.

While free, Smith allegedly broken into a resident's shed and spent the night sleeping in a neighbors car. He later went back to the shed and stole a bike, officials said.

Officers received tips on Smith's whereabouts after releasing a reverse 911 call to residents at 7 a.m. on Wednesday. Officials soon found Smith riding a bike that he had stolen on Franklin Avenue in Berlin. He was taken into custody.

Smith is charged with escape from parole, burglary and related offenses by the Camden County Prosecutor's Office. He is being held in Camden County Correctional Facility pending a detention hearing.