The Philly-based chain opened a new restaurant in Quakertown on Friday; others are on the way in Willow Grove and Hamilton, New Jersey 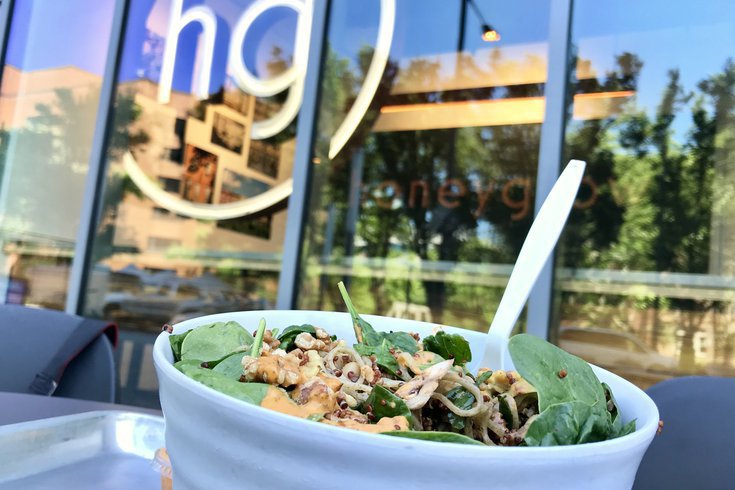 Honeygrow is celebrating its 10th anniversary Tuesday, June 14 by giving away honeybars at each of its locations. Guests can use the promo code 'birthday' when ordering in-person at the kiosks to receive one for free.

Honeygrow — the Philadelphia-based, fast-casual restaurant chain — is celebrating its 10th anniversary by giving away dessert-based "honeybars" at each of its locations Tuesday, June 14.

People are encouraged to try any of the suggested honeybar selections, or create their own by using Honeygrow's freshly made ingredients. To receive a free honeybar, guests can use the promo code "birthday" when ordering at the in-restaurant kiosks.

"Ten years is a significant milestone for any company and if not for the passion and dedication of our customers in supporting us through so much, we simply would not be here," said Justin Rosenberg, founder and CEO of Honeygrow.

The first Honeygrow opened in Center City in 2012. Since then, it has expanded throughout the Philadelphia region, with additional stores in New Jersey, Delaware, Maryland, Massachusetts and Virginia. the chain opened a new location Friday in Quakertown, Bucks County. Two more will open soon in Willow Grove, Montgomery County, and Hamilton, New Jersey.

The restaurant's signature stir-fry dishes, salads and yogurt- and granola-based desserts have become a mainstay for the small food chain. 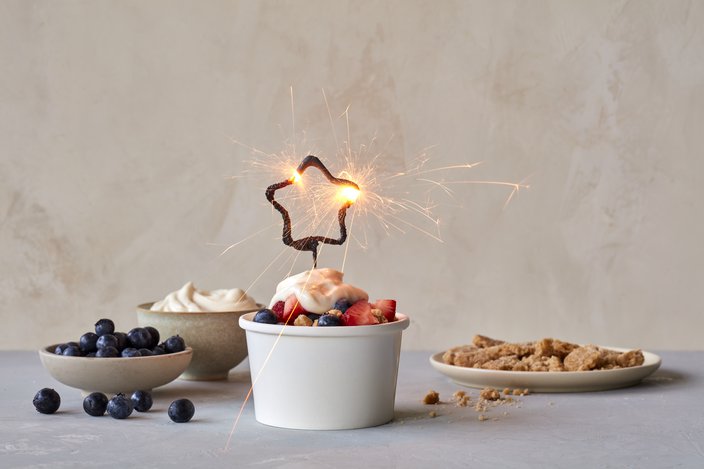 Honeygrow opened its first location on 16th Street in Philadelphia in 2012. Since then, the fast-casual restaurant serving stir-fry, salad and yogurt-based desserts has expanded to 27 locations in five states.

"When I opened the first Honeygrow on 16th Street in Philadelphia in 2012, the idea of what we have achieved was a dream," Rosenberg said. "Having that dream come true while serving the incredible communities that have welcomed and supported Honeygrow over the last ten years is a very humbling feeling. As we look to the future with exciting growth locally and in new markets, we will always have a special place in our hearts for the city of Philadelphia."

The Cheesecake honeybar is made with strawberries, blueberries, streusel crumble and cheesecake filling. It's available with the June 14 promotion.

All birthday celebrations begin when stores open Tuesday, June 14 and continue until close, while supplies last. You can find the nearest Honeygrow location online.