The summer event runs from 7 to 10 p.m. on Saturday, July 16, with food trucks, live music and a chance to see some of the Zoo's animal attractions 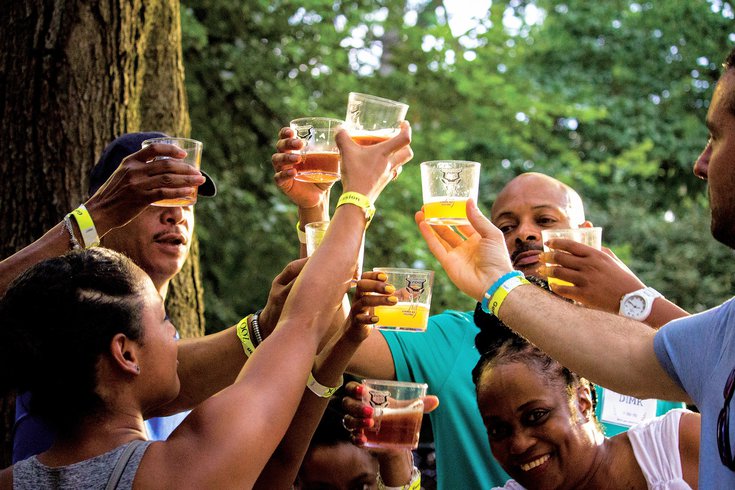 The Philadelphia Zoo's popular Summer Ale Fest is set to return on Saturday, July 16 with more than 100 craft beers from regional and national breweries. Food trucks and live music will be set up around the Zoo from 7 to 10 p.m. Tickets are available now.

Philadelphia has no shortage of outdoor summer events, and many of them are already underway, even weeks before the official beginning of the warm-weather season on June 20.

The Philadelphia Zoo's popular Summer Ale Fest is set to return on Saturday, July 16 from 7 to 10 p.m. Visitors to the Zoo will have the opportunity to check out some of its animal attractions while sipping beer from more than 100 craft breweries. Food trucks will be scattered throughout the Zoo, and live music will be featured all night long.

MORE: What to expect at the 2022 Philadelphia Flower Show at FDR Park

Tickets are available now, starting at $65 per person for beer tasting. From 7 to 10 p.m., general admission guests will receive evening admission to the Zoo, a souvenir tasting cup and unlimited beer tasting.

Those who want to start the celebration early can purchase an Early Access ticket for $85 per person, which allows entrance to the Zoo at 6 p.m., plus everything that comes with a general admission ticket.

Non-drinkers can also enjoy the festival for $35, which includes evening admission to the Zoo along with a complimentary water bottle at the event entrance.

"We are thrilled to bring back Philadelphia Zoo Summer Ale Festival, one of the Zoo's most popular and exciting events of the year," said Amy Shearer, chief marketing and experience officer at the Zoo. "Summer Ale Fest is the perfect occasion for the 21+ crowd to spend a beautiful evening outdoors, enjoying a delicious craft brew and food, listening to music, seeing animals and making lifelong memories."

Lite bites can be found at more than a dozen food trucks throughout the Zoo. Some early participants are below.

In addition to being a fun night for adults to check out the Zoo and taste test an expansive selection of craft brews, Summer Ale Fest also serves as a fundraiser for the Zoo, helping its organizers create a safe and exciting atmosphere for animals in its habitats.

DJ sets and live performers will be featured throughout the Zoo during the festival. Lineup information will be provided on the Zoo's social media channels.

Summer Ale Fest is rain for shine, and is 21+ with appropriate ID required before entry. Beer taps close 30 minutes prior to the end of the festival.