How far would a North Korean bomb reach from City Hall? One N.J. historian has the answer 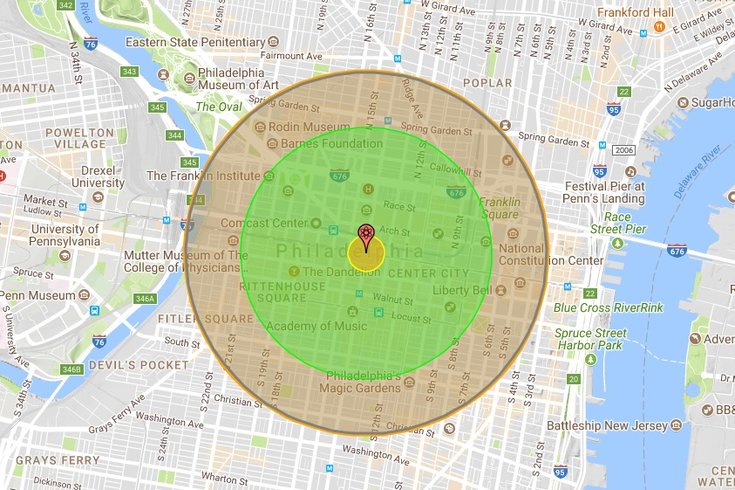 If every day you feel closer and closer to living in a real-world nuclear apocalypse showdown, you’re not alone. As North Korea touts its nuclear missiles and the President retorts with a threat of “fire and fury like the world has never seen,” it may seem like a good time to hide for cover.

If you're in the mood to plan ahead, there's a new map that could help.

On Wellerstein's NUKEMAP, users can drag a marker over Google Maps to whichever point they desire. Though the default map is set to New York City, you can easily drag it over to Philadelphia to see what the damage might be.

After you’ve selected your abomination point, Wellerstein has given an extensive selection menu where you can test out how far-reaching the bomb would be based on previous bombs throughout history, including North Korea’s tested weapons from 2006, 2009, and 2013.

From City Hall, the 2013 bomb blast doesn’t even make it to University City or Penn’s Landing.

The bomb options based on creations out of the USSR, China, Pakistan, and the United States are a little scarier, as some reach far out of the city and even across state lines.

Take a look at the full NUKEMAP here.