Local winners, possible combinations and the odds against you waking up Saturday a billionaire 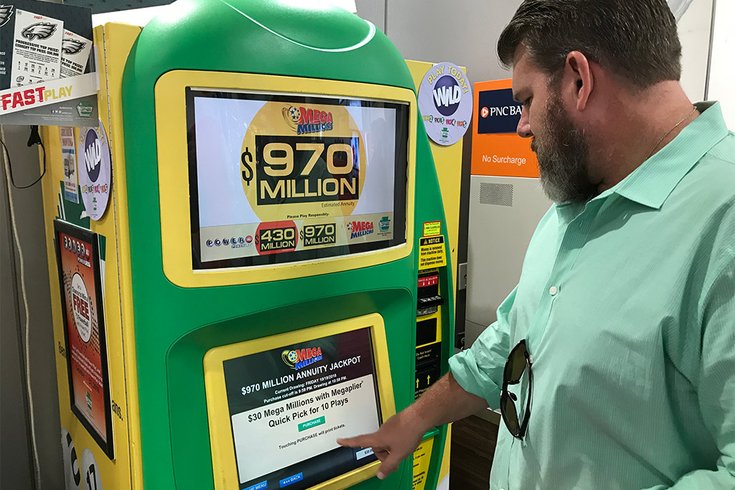 Curt Bosson of Center City Philadelphia buys Mega Millions lottery tickets on Thursday afternoon at the Wawa store at Broad and Walnut streets. The jackpot for Friday night's drawing is up to $970 million.

If you’re anything like me, you’ve already mapped out how you’ll spend – or stash away – the $970 million (at least) that you’ll never win in Friday’s Mega Millions drawing. (I say you’ll never win it, because I intend to.)

Still, Friday’s drawing will be the largest in the game’s history with the pre-tax cash payout being roughly $548 million. (The annuity option spreads it out over 30 payments, each five percent higher than the last, which “helps protect winners’ lifestyle and purchasing power in periods of inflation.”) But most people take the cash.

What follows are details about the drawings themselves, what's happened to past winners and numbers you might want to try (if you're willing to split the pot with other invested folks).

LOGISTICS: The drawing – conducted at a TV station in Atlanta – will be held at 11 p.m. Friday. It airs locally on Fox29. If you don’t buy your ticket before 9:59 p.m., you won’t be able to do so. And, yes, Mega Millions has an “official app” called LotteryHUB (Apple and GooglePlay.)

GET YOUR TICKETS EARLY: Jeff Johnson, spokesman for the Pennsylvania Lottery, said Thursday that the prime time for people buying tickets is in the hours leading up to the drawing. So, if you don't want to wait in line, get there earlier.

If you think those locations could carry some luck over for Friday, they were Levittown Food Mart at 5901 Mill Creek Road in Levittown and EZ Beverage at 600 MacDade Boulevard in Folsom. (Each store will receive a $5,000 "selling bonus.") 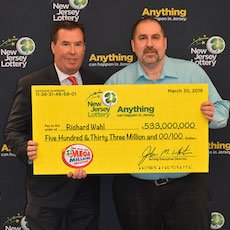 LOCAL WINNERS: Locally speaking, there have been 24 “jackpot” winners in Pennsylvania (2) and New Jersey (22) since 2002, but none in Philadelphia or its suburbs, or in the state of Delaware, according to the Mega Millions website. They include:

TIPS FOR IF YOU WIN: CNBC has a handy dandy guide to handling your newfound riches and fame. Since Delaware is the only local state that allows you to remain anonymous, they advise shutting down your social-media accounts before you publicly claim your booty, try to keep your mouth shut about it and plan an escape to avoid people camping out on your lawn looking for quotes, pictures and, of course, money. (If you do win, however, please email me at your convenience so I can share your story with the world.)

PSYCHIC (LACK OF) PREDICTIONS: In the course of researching this Mega Millions guide, I reached out to several psychic mediums in the area to see whether they could see the future clearly enough to predict the winning numbers. Most said that they didn't play the numbers-guessing game.

"If I had access to that info, I would be out purchasing a private jet and planning to purchase an island," said Patty Lattanzio, a psychic medium from Somerdale, Camden County. "So, to answer you properly, I don’t know what those numbers will be. I have never been allowed to use my gift for gambling, and yes, I have tested the waters over the years!"

Bethany Sheppard, professional psychic tarot card reader and "top psychic," put it more succinctly: "If I could do that, I wouldn't be doing readings anymore!"

GRITTY, BY THE NUMBERS: C'mon, folks, Gritty already has taken this city over to the point of being engrained in the social fabric. So, what numbers have been involved in his short time with us? He's 7-feet tall. He debuted on September 24 (or 9/24). He descended from the rafters on October 9 (or 10/9). While he wears the uniform number 00, that's not helpful since zero isn't one of your options. But he does have two huge googly eyes that set him apart from anybody before. So, the Gritty picks are 02, 07, 09, 10, 24; Mega Ball 09.

PHILLIES RETIRED NUMBERS: Just five numbers have been retired by the city's professional baseball franchise: Richie Ashburn, Jim Bunning, Mike Schmidt, Steve Carlton and Robin Roberts. That tally jumps to a Mega Millions-friendly six with the inclusion of Jackie Robinson, whose No. 42 was retired by Major League Baseball. So, here's that number play: 01, 14, 32, 36, 42; Mega Ball 20.

FUN FACT: The Criterion II Lottery Draw Machine used in Mega Millions drawings is manufactured by Smartplay International of Edgewater Park in Burlington County. They've done so for both Mega Millions and Powerball for 22 years.

"It would be cool" if someone local won, said Smartplay Vice President Darrell Smith, noting that he and other employees aren't permitted to win themselves out of an abundance of caution. "We have no customer equipment here (in Edgewater Park). Believe it or not, some people think we conduct draws.

"Given the nature of our business, we like to keep a low profile."

TRAGEDIES: As good as winning the lottery sounds, keep in mind that things do not always turn out well for the victors. Some lose all their money; others end up dead. Which is to say if you happen to win on Friday night, trust no one.

GIMME MY MONEY: No, they won’t hand you a big old check as soon as you turn in your winning ticket. You’ll have to wait a week or two for your prize.

I LOST. NOW WHAT?: Don’t let it get you down. Saturday night’s Powerball prize has already topped $513.4 million. Good luck!