Here's to a Merry (blended) Christmas

For some divorced families the holidays can't, and maybe won't ever, be a Hallmark moment. It takes effort. 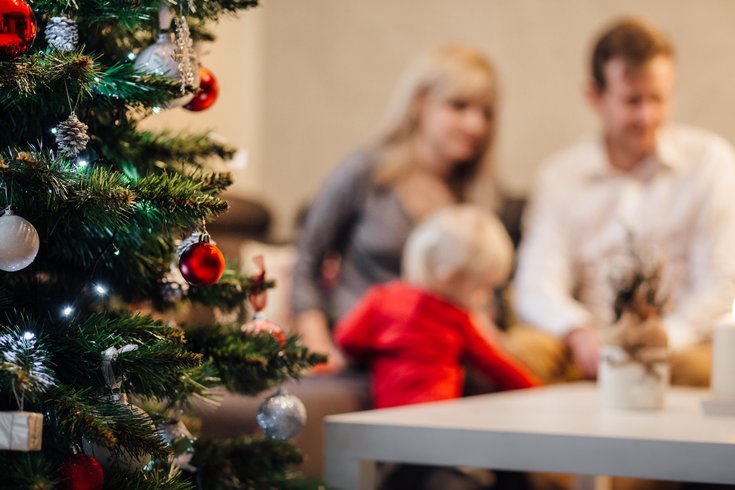 Family time during the holidays can be both joyous and stressful.

Picture co-parents sharing a holiday meal, and most importantly the holiday spirit, together with their children. Yes, their partnership or marriage may have ended. But their parting didn’t harden hearts or obscure their capacity to share space together.

I’ve met co-parents who routinely gather to celebrate holidays with their children post-separation or divorce and they warmly include new partners or spouses, too.

“It simply means there are more adults to love and care for my three girls,” says Rhonda, a divorced mom who both shares custody with her former husband, as well as family meals on major holidays.

She continues: “We gather together, all of us. The girls love it. They get their parents and our spouses all in one room together. We laugh, we cook. We share time, space, and the holiday cheer. It is a genuine thing. Again, it just means there are more adults to love them.”

In interviewing Rhonda, I began to wish her experience was the rule and not the exception. However, most individuals who divorce or separate do so because of hurt, disappointment, betrayal, and/or the loss of treasured dreams. Forgiveness and friendship are hard won. The hurt of divorce is akin to that of death and it can be very hard to process; often taking many years.

People part so that they can move on with their lives. Given this, sharing holidays with a former significant other can fall rather low on the priority list. In fact, parted individuals may not want to share a holiday in the same vicinity ever again. The sights, sounds, and festivities of the season easily triggers memories – some of which are rather difficult to lay to rest.

Rhonda’s experience doesn’t only provide a counter narrative to what “usually happens” after divorce, it also stands in stark contrast to a situation where children of divorce are hustled between acrimonious family factions on holidays, despite everyone singing about peace on earth.

“What I remember about our family Christmas gatherings,” said Todd, a child of divorce and a father of one, “is how poorly my mother’s side would talk about my dad. They had nothing good to say about him. After a few cocktails, all this ugliness would come out. It hurt.”

Psychologist and author Penelope Leach writes: “Children need to feel that all the adults who are closely concerned with them are on the same side - their side.”

In Rhonda’s case, her daughters are given a powerful example that all of the adults in their lives are not only “on their side” emotionally, but also physically by surrounding them at a festive table.

In Todd’s case, the denigrating comments about his father at holiday gatherings hurt. Who was on his side? For dissing his father harmed not only his heart but also his own self esteem. “Despite his failings, this man was my father,” he said. “I loved him very much. When they spoke badly about him, it felt like they were speaking badly about a part of me.”

“Children need to feel that all the adults who are closely concerned with them are on the same side - their side.” psychologist Penelope Leach

As a child of divorce, I would much prefer Rhonda’s generous configuration of family post-parting in contrast to Todd’s, or to the coldness that I experienced. After my parents’ divorce (as far as I know), they spoke only once to each other on the phone - to curtly offer condolences upon the death of my grandmother. The tension was so silent and thick, conversations about holiday plans occurred only through their embattled legal representatives.

Based upon multiple longitudinal studies, there are three factors that significantly determine how children post-divorce thrive, or fail to thrive. They are: parental relocation, parental alienation, and parental conflict.

When children of divorce grow up surrounded by supportive, loving, and involved parents who live near each other, we profoundly stack the odds in their favor. Yet, co-parenting sans conflict is a lot to ask of individuals especially on holidays when the financial pinch of buying gifts and the question of “Where are we eating Christmas dinner?” can be stressful enough, even for the happily married.

Is there is a middle ground? Is there a middle way between former spouses, current spouses, and children harmoniously gathering around a Christmas tree and sorrowful little ones longing for a semblance of goodwill between spiteful parents?

In her book, “When Parents Part: How Mothers and Fathers Can Help Their Children Deal with Separation and Divorce,” Leach reminds us that divorce or separation necessitates a focus on a child’s rights. The formality of crafting parenting plans replaces the organic joy (and struggle) partnered or married couples experience while living together. Post separation, binding legal obligations around timesharing, especially around the holidays, replace conversations that naturally occurred in a once shared domicile.

Because of this profound shift, Leach writes: “It is every child’s right to maintain the best possible relationship with each parent and it is your joint responsibility to facilitate that as best you can.” In my research and in interviews with parents post-divorce, I discovered a wide range of creativity exists when it comes to timesharing over holidays.

One mother I interviewed chose to forgo years of Christmas celebrations because it was the one time of year wherein her former partner could “show up and make it work” to be with his children. This mother prioritized her children’s relationship with their father and either celebrated the holidays with friends or made extra cash working overtime. Of course, few would call this a “middle ground.” Yet, many do find a healthy middle way lifting up the best possible relationship between children and co-parents while acknowledging the fact that adults post-divorce must forge a hard road to craft a new life.

All of the adults in a child’s life need not spend festive time celebrating together at Christmas, Hanukah, New Year’s Eve, etc. Yes, for co-parents that can genuinely enjoy doing so, children powerfully benefit.

But children also benefit when positive interactions between once married/partnered adults exist without ill will, blame, and discord, and not just “for the sake of the children.” A healthy middle ground exists when the adults in a child’s life prioritize the child’s best interest. And it is always in a child’s best interest to have their parents speak compassionately about each other and remind the child that she or he is deeply, fiercely, and forever loved by both of them. There can be genuine good will post-separation/divorce, even if this means experiencing the wonders of Christmas Eve with your children every other year.

“It was a two to three weeks before Christmas,” my friend Nina explains. “I had just put up the tree when my eldest asked me a question.”

Nina, a single mom of two boys, and I are out getting lunch. It is early December and we are surrounded by a plethora of holiday décor. Santa themed peppermint drinks are available. Christmas music fills the ambient air. She continues with her story:

“He looked right at me, with such excitement. ‘Christmas is coming Mama!’ he said. ‘I want you and Brad to come to Daddy’s house on Christmas morning so you can be there to see what Santa brings!”

“Hmmm,” I said trying to imagine this scene, knowing Nina, her fiancé Brad, and Ethan, her former husband. “Is that possible?”

“Maybe one day,” Nina replied. Her eyes teared up. “Part of me wants to offer up that kind of Christmas morning to the boys. But we aren’t there yet. Or at least, I’m not there yet.”

“Maybe you won’t ever be,” I replied.

“Right!” Nina exclaimed. “It’s not as if I hold grudges. Most importantly, I’ve forgiven myself and there’s much I appreciate about Ethan as a father. However, he’ll have the boys on Christmas and I’ll have them Christmas Eve.”

“As good as it can feel, I guess,” Nina said. “I want to move forward with new family traditions and that’s OK. Right?”

It is more than OK. It is just fine. A healthy middle. A Merry Balanced Christmas.