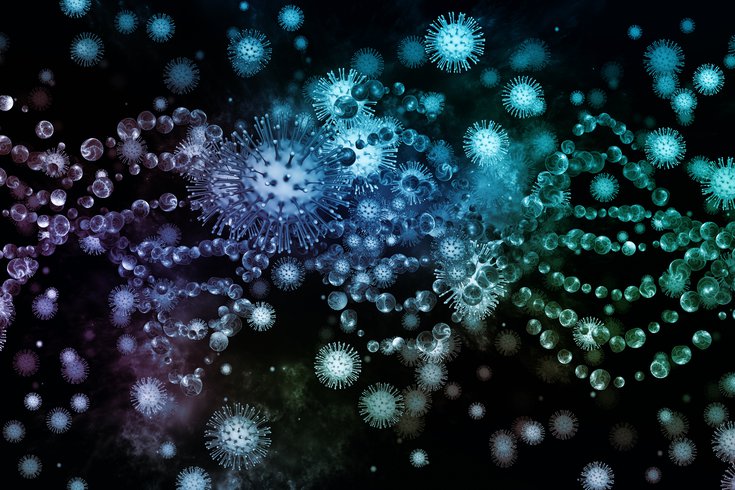 The University of Oxford is launching a human challenge trial to study people reinfected with the coronavirus. Such studies date back to 1796, but they remain controversial.

Reinfections of the coronavirus are rare, but they do happen.

In February, the U.S. Centers for Disease Control and Prevention reported several cases of recurrent infections in a skilled nursing facility.

However, they believe that a combination of eased restrictions and the rise of more transmissible variants are driving the current surge in cases. The prevailing theory among scientists is that reinfections are more likely to be milder than the initial infections.

To better understand how the immune system responds to the coronavirus the second time around, the University of Oxford has launched a human challenge trial — the second one in the United Kingdom — in which healthy volunteers who have recovered from an initial COVID-19 infection are reinfected.

Human challenge trials are carefully controlled studies in which volunteers are purposefully infected with a pathogen so scientists can study the effects.

They are not new, but they are controversial because of the level of risk involved for the participants. In 1796, English surgeon Edward Jenner tested the smallpox vaccine by first exposing his gardener's 8-year old son to cowpox and then smallpox. Since then, these type of studies have been used to study various diseases, from cholera to cancer.

With so much about COVID-19 still not understood, countries have been wary of approving human challenge trials to study it. When they were used to develop a vaccine for cholera, the infection could be reliably treated with fluids and antibiotics and there were no known long-term effects.

Last June, an advisory group to the World Health Organization remained split on whether these trials should be conducted in the absence of a reliable rescue treatment and the lack of knowledge on the effects of "Long COVID."

The United Kingdom approved the first COVID-19 human challenge trial — a study launched in March by Imperial College London. That trial seeks to measure the effectiveness of vaccines. Volunteers have been isolated inside London's Royal Free Hospital.

The newest study — which focuses on reinfection — will help inform the design of better vaccines and treatments, and help scientists better understand how long people have natural immunity after recovering from a COVID-19 infection, said Helen McShane, the study's chief investigator.

"Challenge studies tell us things that other studies cannot because, unlike natural infection, they are tightly controlled," McShane said. "When we re-infect these participants, we will know exactly how their immune system has reacted to the first COVID infection, exactly when the second infection occurs, and exactly how much virus they got. As well as enhancing our basic understanding, this may help us to design tests that can accurately predict whether people are protected."

For some, the risk is worth it

Discussions about the ethics of COVID-19 human challenge trials have been ongoing since early in the pandemic.

In November, the British Medical Journal published a point/counterpoint article in which three members of 1DaySooner argued that scientists should embrace volunteers willing to help advance the understanding of the coronavirus. Charles Weijer, a professor at Western University, made the case that such trials are too dangerous.

1Day Sooner is a nonprofit organization advocating for more than 38,000 people willing to participate in COVID-19 human challenge studies. The organization's members wrote that such trials "may prove essential for second and third generation vaccines, which is essential, since rich countries are likely to outbid poorer ones for the first batch of vaccines."

They said challenge studies also can help answer questions about immunity and pathogenesis or the development of the disease.

Other proponents of challenge trials have said the studies offer a precision that traditionally-designed studies can't provide. For example, in the real-world setting, it isn't possible to know if people didn't get infected because they weren't exposed or had natural immunity to the virus.

Weijer argued that human challenge trials for COVID-19 would be unethical. He cited the lack of reliable "rescue therapies" for participants who fall ill, and the fact that the risks to participants are too uncertain. Weijer said traditional studies can still get the information needed without resorting to challenge trials.

Other scientists agree, noting doctors still don't fully understand the long-term effects of the disease and that the Regeneron antibody cocktail is the only proven treatment for COVID.

The University of Oxford researchers believe their trial will able to provide information that traditionally designed studies can't.

The trial will be conducted in two phases, with different participants in each phase. The first phase, which starts this month, will determine the lowest dose of the virus that produces an infection with little-to-no symptoms.

To do this, 64 healthy volunteers who were previously infected with COVID-19 will be re-exposed to the virus in controlled conditions. The original virus strain from Wuhan, China will be used in the trial.

The participants, ages 18-30, will be broken up into two groups. The first group will be given increased doses of the virus until the optimal dose is found. The second group will then be given that dose.

In the second phase, which is expected to begin in the summer, participants will be infected with the standardized dose of the virus established in the first phase.

All participants will be quarantined in a specially designed hospital for at least 17 days under the care of the research team. Any participants who develop any symptoms will be treated with Regeneron monoclonal antibody cocktail. None of the volunteers will be discharged until they are no longer infected and can't infect others. Both phases of the study are expected to be completed within 12 months.