Ingrid Michaelson and Leslie Odom Jr. release 'All I Want For Christmas Is You' music video 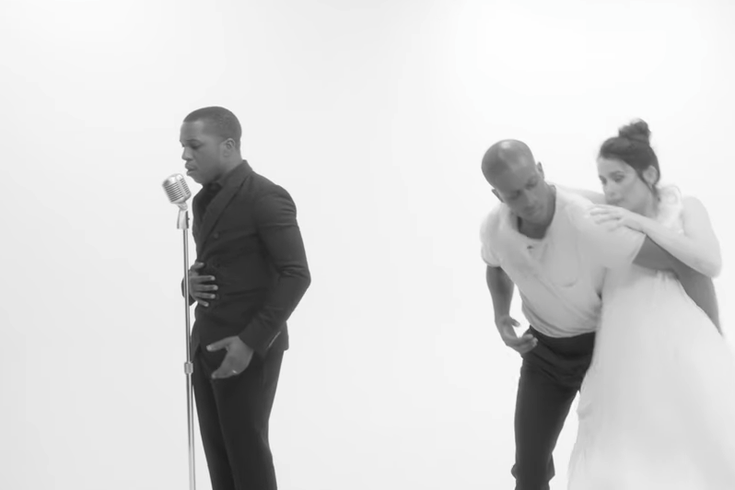 Ingrid Michaelson released the music video to "All I Want For Christmas Is You," featuring Philly native Leslie Odom Jr.

Ingrid Michaelson on Monday released a moody music video to her new cover of "All I Want For Christmas Is You," featuring Philadelphia native Leslie Odom Jr.

The song, which Michaelson released in September on a new album, is a duet with Odom that slows down Mariah Carey's pop-infused bop that tops the charts every holiday season.

The video features ballet dancers Chantel Aguirre and Ehizoje Azeke, their performance accentuating the melancholic undertones in the lyrics. The dance was choreographed by Stacey Tookey of "So You Think You Can Dance," according to People magazine.

“With the video, I knew it had it be done in one take,” Michaelson told People. “The dancers represent our souls and emotions and their interplay, while Leslie and I are separated by distance. (It) really illustrates this longing in a beautiful way.”

“I’m just such a fan of the song that I had to find some way to cover it that would vibe with the rest of the record. To me, the song is really about longing for someone who can’t be there with you. We stripped it down, added strings and tried to pull the sentiment and emotion to the forefront," she added.

Odom, a member of the original cast of the Broadway smash hit "Hamilton," grew up in Philadelphia's East Oak Lane neighborhood and attended the Philadelphia Creative and Performing Arts High School.