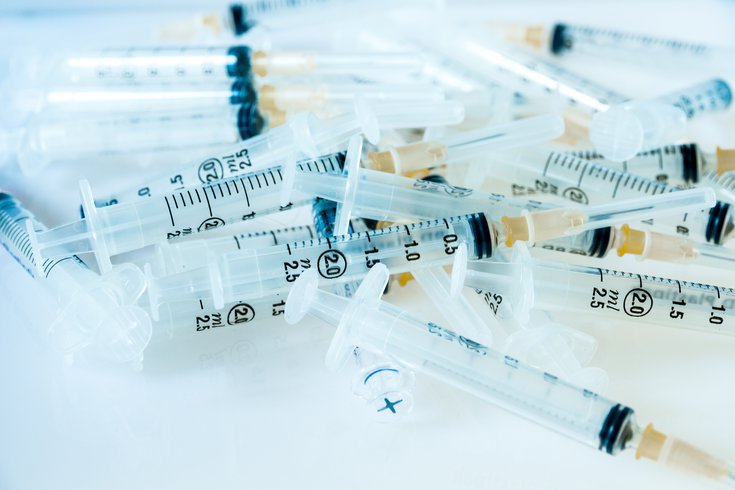 A new HIV injectable drug may offer stronger, longer protection against the infection than the daily pills currently on the market.

A new injectable HIV drug may be more effective at preventing the infection than the daily oral pills currently on the market, according to a study conducted by the National Institute of Allergy and Infectious Diseases.

The results of the clinical trial were so promising that an independent safety monitoring board advised researchers to end the study early and share their results.

The international clinical trial involved 4,570 men and transgender women who have sex with men. The participants were randomized to receive either an injection of cabotegravir every two months or daily pills containing tenofovir and emtricitabine.

This "marks the first time a larger scale clinical trial has shown a systemic, long-acting form of HIV prevention to be highly effective," the study authors wrote. All study participants will be offered cabotegravir once it is approved and becomes available.

The pills, sold under the brand Truvada, have been approved by the U.S. Food and Drug Administration to treat and prevent HIV. But they lose their effectiveness if doses are missed. The injection would only need to be given every two months.

"We want there to be an effective prevention method that works with people so that through education, they can be aware that you can love any way you want and avoid HIV," Carl Dieffenbach, director of the Division of AIDS at the NIAID, told the San Francisco Chronicle.

Still, experts stressed that the pill and the injectable drug are not substitutes for practicing safe sex and using a condom.

The study began in 2016 and initially wasn't expected to conclude until 2021. It enrolled participants at sites in the United States, Argentina, Brazil, Peru, South Africa, Thailand and Vietnam. More than half of the study participants were under 30 and 12% were transgender women.

Cabotegravir is made by ViiV Healthcare, a North Carolina pharmaceutical company.