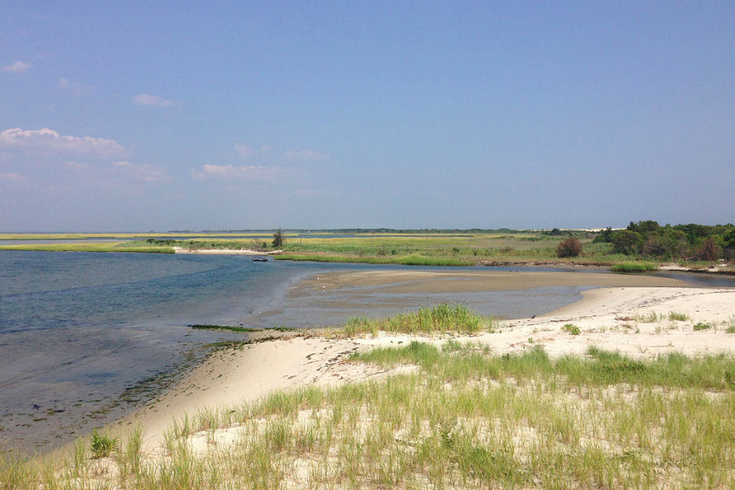 Outside of the Delaware Valley and North Jersey, most of the United States probably associates the Jersey Shore most with the love-it-or-hate-it reality TV show of the same name.

Anyone who's actually been there knows that there's a ton of history, recreation, cuisine and beauty to be found all along the New Jersey coast.

It's finally getting its due credit.

HomeToGo, the world's largest search engine for vacation rentals, recently did an analysis of the best state parks in the United States. The site ranked Ocean County's Island Beach State Park the top park in the country.

With white sand shores that stretch up and down the Atlantic Coast, blue waters, and no beachfront condos in sight, you’ll be shocked to remember that you’re still in New Jersey. This gorgeous state beach, situated on one of New Jersey’s barrier islands, offers 10 miles of undeveloped paradise. Enjoy a day of family boogie boarding, or simply savor a sunset walk, a trip to Island Beach State Park, New Jersey is not to be missed.

The state park rankings were based on five factors: visitor score, affordability score, activities score, bird species score and accommodations score. The scores, calculated between 1-10, were then added up for a total. Island Beach State Park led the pack with a total score of 42.61, earning a high of 9.17 for its activities.

Located just south of Seaside Heights on the Barnegat Peninsula, the preserved barrier island is home to maritime forests, sand dunes, tidal marshes and more than 400 plant and wildlife species.

Popular activities at the state park include surf fishing, scuba diving, cycling and hiking. The park is also home to the governor's ocean residence, which former New Jersey Governor Chris Christie made famous last year during a budget standoff that forced state parks to close.

Here are HomeToGo's top 10 state parks in the United States: