The website traced the popularity of food deliveries since March 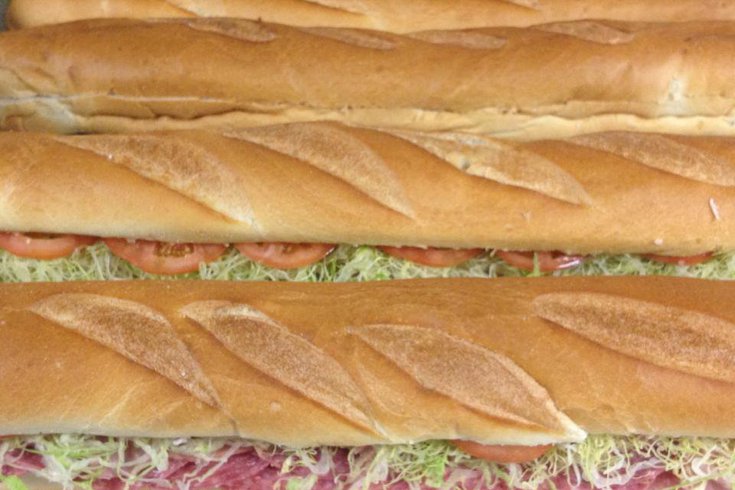 Italian hoagies are the takeout order of choice for Pennsylvanians stuck at home during the global health pandemic, a new report released by Yelp showed. The top order in New Jersey was cheese pizza, and the top order in Delaware was the Vietnamese noodle soup pho.

A study released by Yelp shows the most popular delivery orders for Americans in each state during the global health pandemic.

People have been stuck at home more than ever in the past few months of varying lockdown orders, and they've been increasingly ordering food to-go. The new report published Thursday by the crowd-sourced review website shows the top take-out orders by each state.

The report began collecting data from March 16, which is the same day that Gov. Wolf ordered a statewide lockdown for Pennsylvania.

Yelp determined the top foods residents craved in quarantine by researching the three most-ordered dish names during that period. From the three, a researcher chose one item as the most popular item for that state during COVID-19, the report read.

In Pennsylvania, residents stuck at home without access to restaurant dining rooms have been apparently craving sandwiches. The top most-ordered item for the state was Italian hoagies, according to the Yelp report.

Hoagies, especially of the Italian variety, are one of the most beloved items at the popular chain Wawa. Even though the convenience chain is beloved by Pennsylvanians, the neighboring state of New Jersey is actually home to the most stores.

New Jersey's top order on the Yelp report turned out to be cheese pizza, matching with New York.

Pho was the most popular item in the nearby state of Delaware. The Vietnamese dish is a broth-y soup of rice noodles, herbs, and mild spices.

The complete list of each state's top takeout order during the COVID-19 outbreak so far compiled by Yelp is below.