Fans, critics rave about dance masterpiece in 'It's Always Sunny in Philadelphia' finale 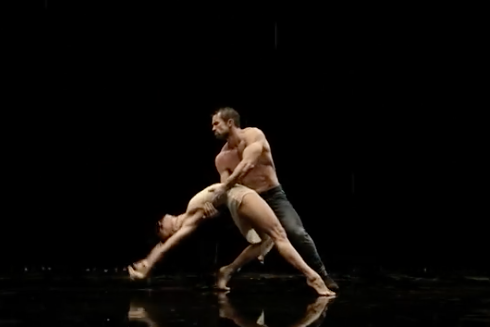 Season 13 of "It's Always Sunny in Philadelphia" wrapped up on Wednesday night with an exquisite sequence of contemporary dance, a magically earnest moment for creator Rob McElhenney and the adoring fans who never could have seen it coming.

Entitled "Mac Finds His Pride," the season finale deals with Mac's struggle to come out to his absent, imprisoned father. Revealed as a gay man at the end of the previous season, Mac is still unable to find his footing in the world.

“I don’t know where I fit in as a gay man, and it’s starting to get to me," Mac tells Danny DeVito's Frank. "I’m not feeling very proud.”

In an otherwise ruthlessly offensive comedy, the trick in Season 13 has been balancing the satire and laughs with a dose of truth about the society in which these heinous characters live.

McElhenney, going behind the scenes with Vulture, explained that the support the show received from the LGBTQ community after last season's finale pushed him to think bigger about how to deal with Mac's sexuality moving forward.

“We got a really overwhelming emotional response from the LGBTQ community last year,” McElhenney said. “I took it seriously and I felt it would be completely unexpected to have this much more emotionally resonant end to the season."

Fans and critics of the series were absolutely floored by the finale.

One of the most powerful and moving things I've seen on TV in god knows how long...Bravo @toddbiermann @RMcElhenney and the rest of the cast and crew of @alwayssunny

I've always had a bit of a crush on Rob McElhenney (even as Fat Mac), but what he did on the season finale of #ItsAlwaysSunnyInPhiladelphia was BEYOND. I've watched this dance roughly 500 times since it aired, and this piece makes me like it even more. https://t.co/q0JGowIogy

what the fuck is it’s aways sunny doing making me absolutely cry with a beautiful modern dance performance?! https://t.co/qqgSoP6Dpk

If someone told me this would be the evolution of Mac's character on #iasip I'd never believe them. @RMcElhenney got some tears from me tonight https://t.co/iOwsXUlnQs

I’m being dead serious & this is gonna sound so psycho but mac’s Sigur Rós dance scene in tonight’s always sunny made me openly weep...like full on that was beautiful and heartbreaking and such a painfully honest depiction of coming out and I loved it

If you would’ve told me that this season if It’s Always Sunny was gonna end on a completely serious, beautiful, and emotional interpretive dance about Mac’s sexuality I probably wouldn’t have believed you, but here we are and I loved it. Way to take some risks guys!

Mac's dance scene at the end of the It's Always Sunny in Philadelphia season finale had me laughing at the beginning of it, but I was ugly crying at the end. It was such a beautiful moment, @RMcElhenney @DannyDeVito both deserve an Emmy for this one! pic.twitter.com/pqX3bKtPFq

I've never understood interpretive dance, but my familiarity with Mac's character arc made it possible to follow the performance and see this art form's ability to convey a message. Bravo Always Sunny, thanks for teaching me something new.

I’ve been watching @alwayssunny since season three and I’ve never been happier to have it tattooed on my arm forever. I loved that episode. I loved this season. I love the Gang. “All things must pass. Except Sunny.” #sunnyfxx

The sheer power of that episode is just overwhelming. Thank you cast and crew of @alwayssunny #SunnyFXX for a fantastic season and for truly caring about us.

I’m just.... I’m just floored. Completely moved. I never thought I’d experience such catharsis from @alwayssunny. Truly, from the bottom of my heart, thank you for handling this episode with such care @RMcElhenney and Charlie Day. You deserve all the Emmy’s for this one.

I hope @RMcElhenney and the rest of the @alwayssunny crew knows how much this episode means to lgbtq+ fans. It was handled so beautifully and respectfully, and was the best version of a coming out episode I’ve ever seen. Thank you. I’m so proud to call this my favorite show. 🏳️‍🌈

The team behind "It's Always Sunny in Philadelphia" has said they'd like to get the show through 15 seasons, which would make it the longest-running live-action comedy in American television history.

What happened at the end of season 13 may change its course and tone forever.

"I do not know if 'It’s Always Sunny In Philadelphia' is the same show after this," wrote The A.V. Club's Dennis Perkins. "For McElhenney and Day to conclude their creation’s 13th season with such a devastatingly, unprecedentedly heartfelt and redemptive arc for one (and maybe two) of 'the worst people in the world' suggests that they have plans to take their show into another direction entirely."

For once, it rained.