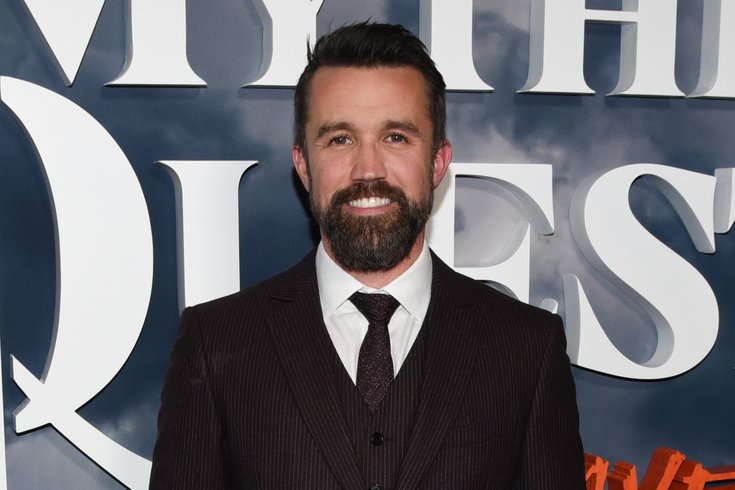 Rob McElhenney was once toyed with by 'Game of Thrones' showrunners David Benioff and D.B. Weiss, who found a way to prank their friend after he recommended a director to them for the HBO series.

It's no secret that "It's Always Sunny in Philadelphia" creator Rob McElhenney is a big fan of HBO's "Game of Thrones," so much so that he worked his way into the final season just for the privilege of being gored in the eyeball.

McElhenney managed to pull that off because he's friends with "Game of Thrones" showrunners David Benioff and D.B. Weiss. Those two have even dabbled in "Always Sunny" territory, writing the Season ( episode "Flowers For Charlie" and making a cameo in the class water park episode.

A new oral history of "Game of Thrones" will soon be published by James Hibberd, whose "Fire Cannot Kill A Dragon" includes all kinds of interesting tidbits about the blockbuster series.

Among the details from the book are a few instances of Benioff and Weiss' penchant for pulling devious pranks on their friends, as reported Monday by the AV Club.

Benioff and Weiss decided it would be funny to make McElhenney squirm about a professional recommendation he'd made for director Matt Shakman, who handled duties for two "Game of Thrones" episodes. From the AV Club:

After hiring Matt Shakman, a director McElhenney had recommended, they “thought it would be funny if we told Rob that it was not working out with Matt and that he was a total disaster.” This apparently stretched over several emails, concluding with the creators saying they were going to have to “step in and take over the episode because it’s turned into such a mess.”

“I forgot about that!” Shakman says. “That was the darkest practical joke. Rob was legitimately tortured about it. He was so concerned for me and was like, ‘What can I do? Who can I talk to?’ It went on for way too long.” Again, very funny. And very mean.

That's objectively one of the most uncomfortable situations you can face in your professional life. Those emails must have had McElhenney sweating bullets.

In Benioff and Weiss' defense, doesn't McElhenney seem like the perfect target? Someone who would be unbelievably satisfying to prank into oblivion? He's animated, he's caring, and if he's anything like Mac, he's capable of a complete meltdown.

As for the future of "It's Always Sunny in Philadelphia," McElhenney and the rest of the gang have been at work on the series' 15th season, though it's not yet clear when that will be out. In the meantime, they're having fun with President Donald Trump's infamous "Bad Things Happen in Philadelphia" exclamation at the presidential debate.

Turn it up and swipe for a morning mood.