Worth a shot, right? 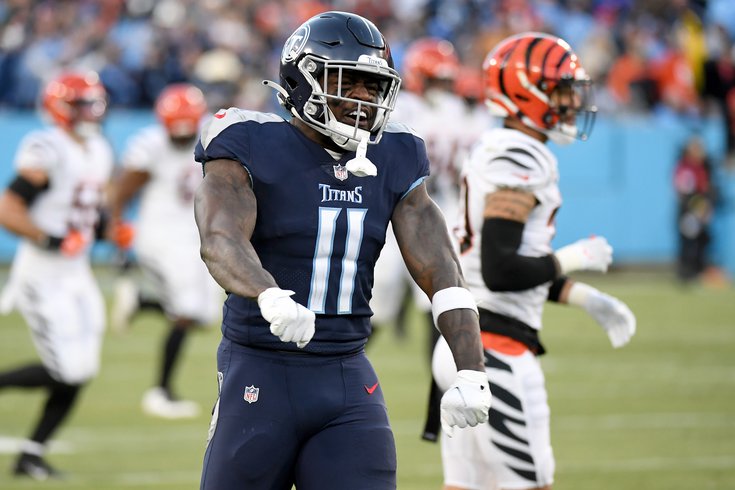 People love the Kelly green, even players on other NFL teams, and it looks like Jalen Hurts has no problem using that to his advantage.

After the Eagles announced that Kelly green jerseys and helmets will be making a return in 2023, the NFL posted an edit on Instagram showing what Hurts and receiver DeVonta Smith would look like in the 1960s version of the uniform.

Spoiler: They look great. Most of the comments on the post are in agreement.

But it was a comment from Titans star receiver A.J. Brown that stood out. It definitely caught the attention of the Eagles' quarterback.

Hey, worth a shot, right?

I think you can ultimately chalk this one up to some friendly banter. Hurts and Brown are close off the field, and with teams focused on the NFL Draft at the end of the month, things are pretty slow right now when it comes to trades and signings.

Looking ahead long-term, Brown's rookie contract with the Titans is up after this season. There's no contract extension in place yet, but Tennessee is intent on trying to keep its best receiver.

If Brown were to leave the Titans a year from now, his size (6'1", 226 lbs.) and skill would compliment Smith well on the opposite side of the field and give Hurts a lot more to work with.