Nearly 20 chefs and restaurants from the region were recognized by the culinary industry organization; Winners will be announced June 5 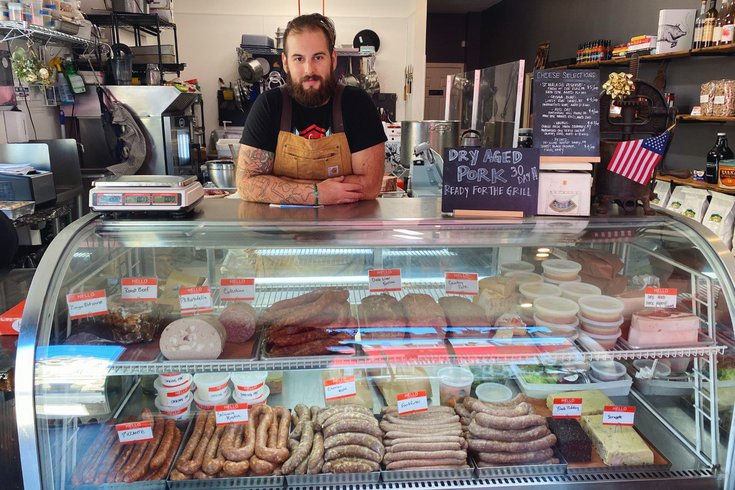 The James Beard Foundation revealed the 2023 restaurant and chef semifinalists for its prestigious James Beard Awards on Wednesday, and several Philly-area culinary creatives are in the mix.

The long list includes 18 people and places from Philadelphia and South Jersey, including Ellen Yin from High Street Hospitality, Amanda Shulman from Her Place Supper Club, Emily Riddell from the French bakery Machine Shop at the Bok Building and Heavy Metal Sausage Co. in South Philly.

Some of this year's nominees were also on the semifinalist list last year, including Jesse Ito of Royal Izakaya and Chutatip "Nok" Suntaranon of Kalaya Thai Kitchen.

Shulman is once again nominated for an emerging chef award for her work at the restaurant/perpetual dinner party Her Place Supper Club. The tiny BYOB at 1740 Sansom St. has gained popularity since it started as a pop-up in 2021. The rotating tasting menu and weekly reservation drops have helped make it one of the most creative concepts in the city.

Yin, who created High Street Hospitality Group alongside Chef Eli Kulp, is a semifinalist for the outstanding restauranteur award. The Hospitality Group owns several popular restaurants in the city, including Fork in Old City, a.kitchen+bar in Rittenhouse Square and High Street, which reopened in Center City earlier this year after shuttering its original location.

The James Beard Foundation has garnered some controversy in recent years. In August of 2020, the organization canceled the awards ceremony in light of COVID-19 difficulties, characterizing them as "minor." But it was soon brought to light that several chefs were asked to withdraw nominations over alleged bad behavior in the kitchen, the New York Times reported.

As concerns about racial inequities grew, the James Beard Foundation canceled the 2021 awards and conducted an audit of its policies and procedures in order to ensure more diversity and eliminate any systemic bias. When it returned in 2022, the foundation pledged that at least 50% of the nominating committee and judges would be composed of people of color by the following year.

Last year, Cristina Martinez of South Philly Barbacoa won the James Beard Award for best Mid-Atlantic chef. She was the sole winner from Philadelphia. Past winners include Michael Solomonov's Zahav for best restaurant in 2019.

The James Beard Foundation is also hosting a one-night-only tasting gala at the Philadelphia Museum of Art on March 28 as part of its Taste America tour. Suntaranon is hosting the event, which features a handful of other semifinalists for the awards.

Outstanding Wine and Other Beverages