The restauranteur opened South Philly Barbacoa as a food cart 5 years after moving to Philadelphia from Mexico. The restaurant quickly gained acclaim 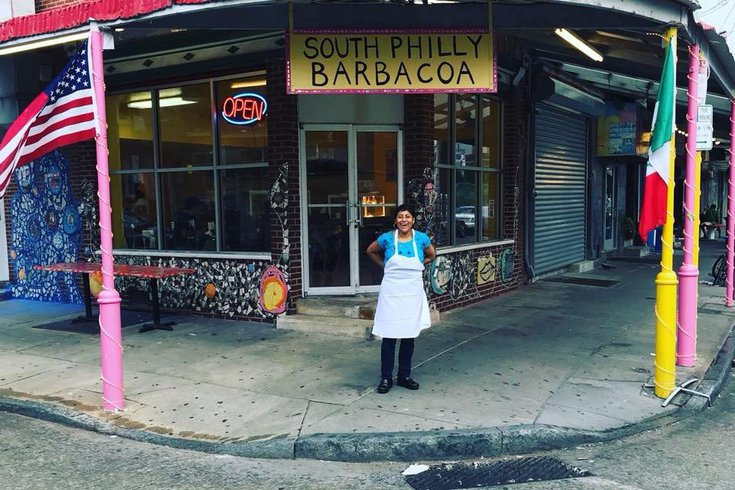 Cristina Martinez, the owner of South Philly Barbacoa, was named the best chef in the Mid-Atlantic region by the James Beard Foundation in 2022.

Christina Martinez, the Passyunk Square restauranteur known for her Mexican lamb dishes, was named the best chef in the Mid-Atlantic region by the James Beard Foundation on Monday night.

Martinez – a native of Capulhuac, Mexico – arrived in Philadelphia in 2009. She came to the U.S. to escape domestic violence and earn money to support her four children. She began working as a pastry chef at Amis, a now-closed trattoria in Center City. There, she met her husband and business partner Ben Miller.

Martinez, who is an undocumented immigrant, was fired after her employer learned of her status in 2014. She soon began working on the concept that would become South Philly Barbacoa from her apartment.

She has become an activist for the undocumented immigrant community, sharing her experience on "Mejor vete, Cristina," a Spanish-language podcast about her life produced by Univision. She also helped create a support group called the Popular Alliance For Undocumented Workers Rights which provided meals and other aid during the pandemic.

South Philly Barbacoa took off quickly, and in 2017 Martinez received her first James Beard nomination for the best chef in the Mid-Atlantic reward. She was nominated three more times between 2018 and 2020.

The James Beard Foundation had not held the award ceremony since 2019. It was called off in 2020 due to the COVID-19 pandemic and concerns about racial inequity, including the behavior of some chefs who had been recognized in the past.

Philadelphia chefs Jesse Ito, of Royal Izakaya, a sushi restaurant, and Chutatip "Nok" Suntaranon, from Kalaya Thai Kitchen, were named semi-finalists for best chef in the Mid-Atlantic region. Ellen Yin of Fork, a.kitchen and High Street Hospitality, was a finalist in the restaurateur of the year category.

Corinne's Place, a soul food restaurant in Camden, received an America's Classic Award from the foundation earlier this year. Those are given to long-standing restaurants beloved by their communities. Past winners include John's Roast Pork in South Philly and Chef Vola's in Atlantic City.