The Philly-based sitcom will lose its family patriarch when it ushers in its 10th season on Wednesday, Sept. 21 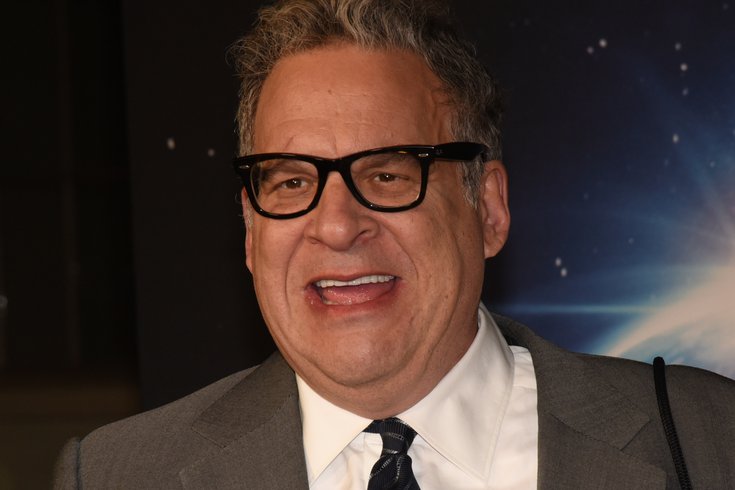 'The Goldbergs' will premiere its 10th season on Sept. 21. It will start months after the death of family patriarch Murray, played by Jeff Garlin. The actor exited the show in December 2021 following an HR investigation into alleged inappropriate behavior

The upcoming 10th season premiere of "The Goldbergs" will feature a significant time jump, starting months after the sudden death of family patriarch Murray Goldberg. Jeff Garlin, who played the character, departed the show in December 2021 following allegations of inappropriate behavior on set.

In lieu of replacing Garlin with a new actor, showrunners Chris Bishop and Alex Barnow decided to put the focus of the sitcom's new season on the family's future, rather than its past. The season will begin as the Goldberg family prepares to welcome its newest member, the first child of Erica and Geoff, played by Hayley Orrantia and Sam Lerner.

"This is going to be a family that has not reconciled the fact that their father's gone but has sort of moved on and dealt with a lot of that," Barnow told Entertainment Weekly. "So we're starting with optimism about a baby coming and looking forward to the future. It's an opportunity for this interesting emotional basis for the way people are behaving."

Barnow said that during his last conversation with Garlin, he told the actor his character would not be recast. However, he is unsure if Garlin knows the character will have died off-screen prior to the premiere.

For fans of Murray, Bishop noted that Judd Hirsch — who plays Murray's father, Pop-Pop — will have a recurring role in season 10, providing the show with another bad-tempered Eagles fan to take the patriarch's place. Bishop said the new season feels like a "reboot" of the series, with a renewed, optimistic focus.

Garlin, 60, has been a star of the sitcom since it premiered in 2013. The show features a suburban Philadelphia household in the 1980s and is based on the upbringing of creator Adam F. Goldberg, who grew up in Jenkintown and attended William Penn Charter School.

Garlin addressed many of the allegations against him during a lengthy interview with Vanity Fair, just weeks before his official departure from the show. He discussed his conduct on set and a rumor that he'd been fired. He had previously admitted that he'd nearly been fired in 2019 due to his language and lewd jokes.

He said that many of the issues presented by crew members were a matter of comedic taste and interpretation, adding they were no different from how he behaved on the set of HBO's "Curb Your Enthusiasm," where he's a co-executive producer with Larry David.

"It's always the same thing," Garlin said. "It's about me and my silliness on set. They don't think it's appropriate. I do."

After he announced that he would not be returning to "The Goldbergs" amid a series of HR investigations, several former co-workers came forward to Deadline to discuss their experiences. They described Garlin's behavior as "extremely verbally and emotionally abusive."

Garlin told Vanity Fair that he frequently used the word "vagina" while on set. When a female crew member complained, Deadline reported that he hugged her and repeated the word several times. He also reportedly did not address female co-workers and crew members by name, sometimes calling them nicknames they found offensive.

After speculation over whether Garlin's misconduct allegations would cost him additional acting jobs, it was confirmed that he will be returning for season 12 of "Curb Your Enthusiasm" as a series regular.

He is also playing a supporting role in "Babylon," an upcoming period drama directed by Damien Chazelle. The film is set for a limited theatrical release on Christmas Day.