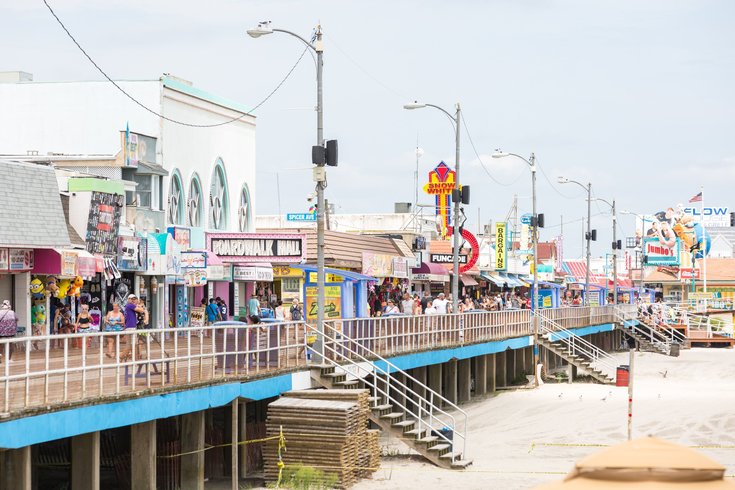 Senate President Steve Sweeney and Sen. Bob Andrzejczk introduced a bill last week that would redefine the boardwalks along the Jersey Shore to be part of the state's definition of public highways.

The boardwalks at the Jersey shore could be getting a facelift if new legislation passes that would reclassify the popular tourist destination as roadways.

Senate President Steve Sweeney and Sen. Bob Andrzejczak introduced a bill last week that would redefine boardwalks to be part of the state's definition of public highways, the Press of Atlantic City reported. This would allow the boardwalks to receive funding, $4 million a year for 10 years to be exact, from the Transportation Trust Fund.

Sweeney and Andrzejczak are pushing the bill primarily to repair the structure of the Wildwood boardwalk, which is in desperate need of repairs. Wildwood and state officials inspected the structure on Tuesday and noted parts of it were crumbling to the touch on the underside of the boardwalk.  However, the bill would help all boardwalks throughout the state, including the Atlantic City boardwalk which needs $50 million in repairs.

Sen. Andrzejczak, Assemblymen Bruce Land and Matt Milam previously sponsored a bill that would have allocated $4 million a year for 15 years for the Wildwood boardwalk. It passed through the state senate and house, but it was vetoed by Gov. Phil Murphy.

"This county [Cape May] generates $550 million annually to the state. We're asking for $4 million a year back. That's a hell of a deal," Sweeney said in a statement to The Press of Atlantic City.

According to a report released by the state earlier this year, 111 million visitors came to visit the Garden State in 2018, a 7.4% increase from 2017. This led to a total of $5 billion in state and local taxes for 2018 from tourism.