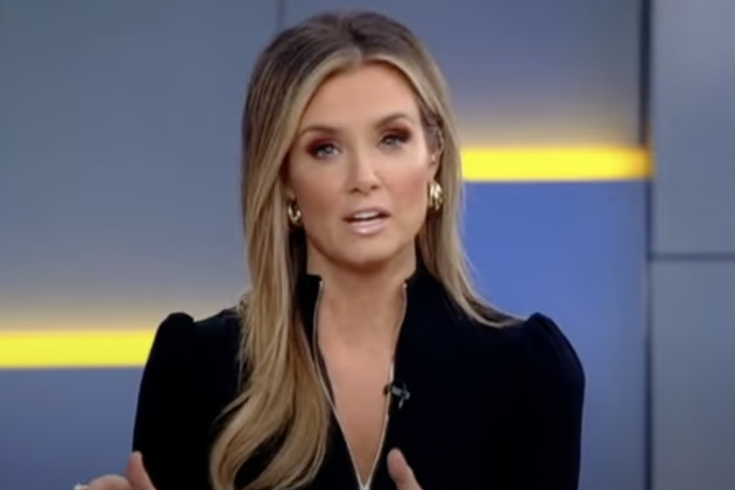 Jillian Mele, pictured above on 'Fox and Friends,' has joined 6ABC in Philadelphia.

Action News viewers in the Philadelphia area may soon see a familiar face on the air. Jillian Mele, the former "Fox and Friends" and "Breakfast on Broad" anchor, has been hired to join 6ABC as the station replenishes its talent after several veteran departures last year.

Mele, 39, now lists 6ABC as her employer on her Twitter bio and received a welcome on the social media platform from reporter Christie Ileto last week. The station has not yet formally announced Mele's hire or indicated what her role will be.

Mele is a Glenside native and La Salle University graduate who previously worked at NBC10, where she earned an Emmy award for her role on a special about the Olympics. She joined NBC Sports Philadelphia (then Comcast SportsNet) in 2014 as a co-host on the network's "Breakfast on Broad" morning show, earning another Emmy award alongside several of her colleagues.

When "Breakfast on Broad" was canceled in early 2017, Mele accepted a high-profile role on "Fox and Friends," joining Fox News following the inauguration of former President Donald Trump, who was a fan of the morning program.

Mele's first year on the show had some rocky moments. An error in one of the show's reports about former FBI director James Comey wound up in the president's Twitter feed, without correction, and "Fox & Friends" later had to clarify the mistake.

In another instance, Mele and co-host Rob Schmitt were duped by Massachusetts state Sen. Barbara L'Italien, a Democrat who accepted an invitation to join the broadcast for a segment that was intended to be an interview with Arizona Congresswoman Ann Kirkpatrick.

Mele and Schmitt thought they were interviewing Kirkpatrick, but it was actually L'Italien, who used the live segment to address Trump and denounce his immigration policy until she was cut off by the show's producers.

At times, Mele was criticized for taking a job with the conservative TV network. She pushed back against those who questioned her decision after the incident with L'Italien.

What happened to me? I took a job that I wanted and love. How dare you criticize and judge someone else when what I do, has zero impact on your life. That’s what’s sad. https://t.co/Mze64gMxBU

I would never criticize/judge someone based off their career decisions. If you don’t like what I do, don’t follow, listen or watch. But it is NOT your right to tell me that I am wrong abt my life. My choices are just that, mine. I’ve had a heck of a day, hope you have a good one.

In subsequent years, Mele grew to be a fixture on "Fox and Friends" until she announced her departure with an emotional goodbye last October. Mele said she would be focusing on her personal life and pursuing her MBA at La Salle.

"This has been the most difficult decision I've ever made in my life, in part because I love working here and I love the people here," Mele said of her exit from "Fox and Friends." She was replaced on the show by Carley Shimkus.

Mele's pending start at 6ABC comes at a time of transition for the station, which has said goodbye in recent years to Monica Malpass, Vernon Odom, Melissa Magee, Jeannette Reyes, John Rawlins and meteorologist David Murphy. The station's biggest star, Jim Gardner, announced in November that he will be retiring at the end of 2022 after 45 years.