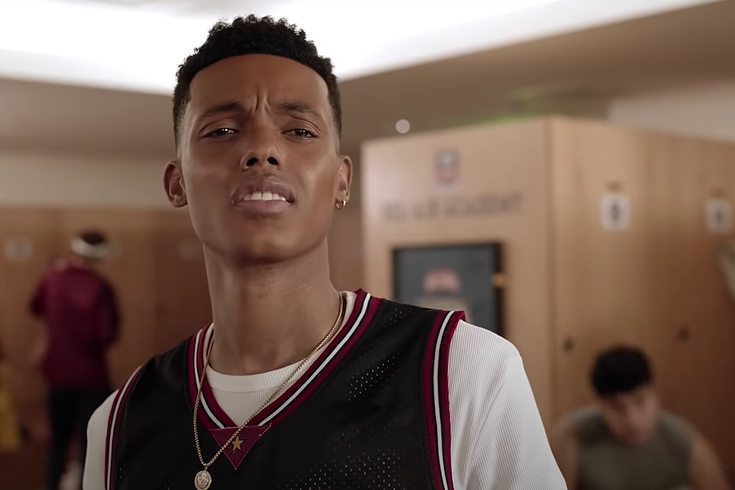 'Bel-Air' will center primarily on Will's struggle to maintain his West Philly identity while fitting into his new life among the wealthy in Southern California.

The first trailer for "Bel-Air" debuted Monday, and it painted a picture of a series that will feature far-more conflict than its sitcom predecessor ever did.

The dramatic reboot of "The Fresh Prince of Bel-Air" will focus primarily on Will's struggle to maintain his West Philadelphia identity while acclimating to his new life among the wealthy in Southern California.

The trailer opens with a shot of Will, played by West Philly's Jabari Banks, looking out over a cliff in Bel-Air. He's told by another character that his new home "will try to make you forget who you are and where you came from" as we see glimpses of Will walking the streets of West Philly with his friends, going to school and playing basketball.

All seems well and good as we get our first look at the Banks mansion in Bel-Air, as well as our first interactions with Aunt Vivian, Uncle Phil, Carlton, Hilary, Ashley and Geoffrey. This is the first time that Will has seen his relatives in 10 years.

But any warm feelings quickly dissipate as we discover why Will has flown across the country to begin a new life.

After a pickup basketball game at a West Philly playground turns into a brawl, Will pulls out a gun and fires it into the air to break up the fight. Philadelphia police arrest Will and put him in jail.

In order to be protected from guys in the neighborhood who want to hurt him, Will is sent to Bel-Air to get a fresh start, and his story is that he moved westward for a better education.

"Be patient," Uncle Phil says to Will. "Give this a real chance."

But even upon his arrival to Bel-Air, the adjustment to his new life isn't easy. Wearing a fitted cap to the side, headphones around his neck, an unbuttoned top button, an untucked dress shirt and loosened tie, Will's laid-back style and fist pounds don't fly at his new private school, and he struggles to fit in.

Carlton Banks, who we see is quite successful himself, tells Will to either conform to his new life or be left behind.

"We have a different set of rules here," Carlton tells Will. "If you wanna do well here, keep your head down and follow my lead."

"Man, you know I'm gonna rep West Philly wherever I go," Will can be heard saying, echoing the conflict at the center of the series.

"Maybe Will isn't cut out for this," Uncle Phil says to Aunt Vivian later in the trailer. "Why are we working so hard to save a boy who doesn't want to be saved?"

"Because we owe it to him," responds Aunt Viv, who encourages Will to be the boy "who charmed West Philly with his talent and swag."

You can watch the full trailer below.

The concept for the series stemmed from a trailer that superfan Morgan Cooper produced in 2019, reimagining the sitcom as a dark, modern-day drama. The trailer caught Will Smith’s attention, leading many to believe that a reboot was a real possibility.

Peacock has already picked up the series retelling The Fresh Prince's journey from West Philly to Bel-Air for two seasons.

"As these two worlds collide, Will reckons with the power of second chances while navigating the conflicts, emotions and biases of a world far different from the only one he’s ever known," the show's description reads.

Smith and his production company Westbrook Studios are involved with the project. Cooper will serve as the show's director, co-writer and executive producer. The sitcom's original producers, Quincy Jones and Benny Medina, and creators Susan and Andy Borowitz, are also involved with the new series.

A teaser for the series released in November featured a dramatic read-through of the original show's iconic theme song, as well as the show's lead underwater chasing after a crown and a throne.

Along with Banks playing the role of Will, the show also stars Adrian Holmes as Uncle Phil, Olly Sholotan as Carlton, Coco Jones as Hilary, Cassandra Freeman as Aunt Vivian and Akira Akbar as Ashley.