The former vice president announced his candidacy, four years in the making, with a video called 'America Is An Idea' on Thursday 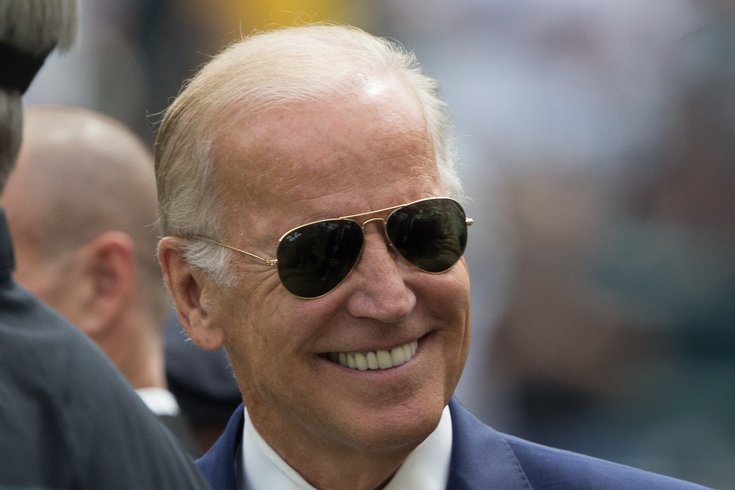 Former Vice President Joe Biden officially announced he will run for president in 2020 after years of speculation that he would join the race.

Biden announced his bid on social media in a video released early Thursday. NPR reported he's expected in Pittsburgh next week to kick off the run; a previously Democratic area of the state among many that flipped to support Donald Trump during the 2016 election. It's also just across the state from his hometown of Scranton, Pennsylvania.

In his announcement video, Biden, 76, opens with a line from the Declaration of Independence (which is housed in Charlottesville, Virginia), specifically with the bedrock phrase "all men are created equal." That leads him to the 2017 white supremacist protest in Charlottesville and President Trump's controversial reaction to the incident, that there were "very fine people on both sides."

"In that moment, I knew the threat to this nation was unlike any I had ever seen in my lifetime," Biden says.

The video, titled "America Is An Idea," is all about the romanticized core values of democracy, which Biden calls "stronger than any army, bigger than any ocean, more powerful than any dictator or tyrant, it gives hope to the most desperate people on Earth."

The core values of this nation… our standing in the world… our very democracy...everything that has made America -- America --is at stake. That’s why today I’m announcing my candidacy for President of the United States. #Joe2020 https://t.co/jzaQbyTEz3

"But if we give Donald Trump eight years in the White House, he will fundamentally alter the character of this nature, who we are. And I cannot stand by and watch that happen."

Biden is the 20th candidate to join the race for the Democratic nomination for president. Others include New Jersey Sen. Cory Booker and senators Elizabeth Warren, Bernie Sanders, and Kamala Harris. Here is a a complete list of candidates who have announced they will run for president.

Biden will be a clear front-runner for the Democratic nomination, however his campaign has already been muddled by scandal. Recent accusations from women of unwanted touching surfaced in March and the former Delaware senator already had to issue an explanation of his behavior.

"Politics to me has always been about making connections, but I will be more mindful about respecting personal space in the future," he said in a video that was more of an explanation, rather than an apology.