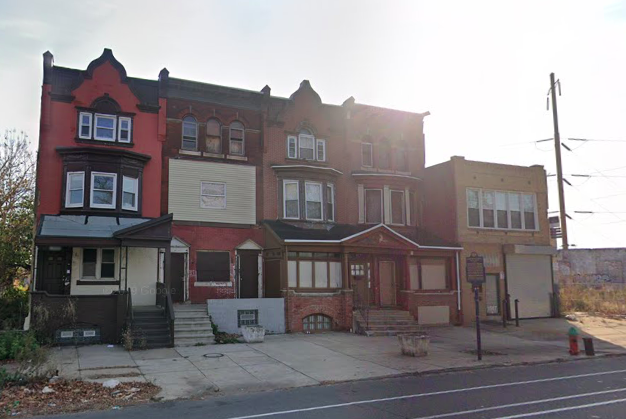 Legendary jazz musician John Coltrane lived at 1511 North 33rd Street in the Strawberry Mansion section of North Philadelphia during the 1950s. Now blighted, the historic property and neighboring buildings will be restored toward the goal of opening a museum and cultural center.

Efforts to preserve the historic Philadelphia home of jazz legend John Coltrane will be bolstered by $300,000 from Pennsylvania's Blight Remediation Program, further securing a path to the planned museum and cultural center in Strawberry Mansion.

The great saxophonist and composer lived in the 19th century rowhome on North 33rd Street from 1952-58 after leaving the U.S. Navy. It marked one of his most productive and impactful periods as a musician, including his landmark album "Giant Steps" and his collaboration with Miles Davis and Red Garland as part of the First Great Quintet.

When Coltrane died in 1967, the house and neighboring lot were acquired by his cousin, Mary Lyerly Alexander, who established the John Coltrane Cultural Society. The original home at 1511 N. 33rd St. was designated a National Historic Landmark and placed on the Philadelphia Historic Register of Places in 1985. The Pennsylvania Historical and Museum Commission placed a marker outside the property in 1990.

But the house and those surrounding it have become blighted over the last few decades and have faced an uphill battle for preservation, including the threat of demolition for a nearby property.

Last July, the Strawberry Mansion Community Design Collaborative received grant funding for a feasibility study to create the museum and cultural arts center that would bring together 1511, 1513 and 1515 N. 33rd St.

"(The) goal is to comprehensively house and exhibit the life and work of John Coltrane, as well as create a living legacy through the promotion and evolution of jazz music," the group said.

A fire at some of the properties neighboring the Coltrane house in January threw the future of the project into limbo, but the new state grant is intended to fix up some of the damaged and blighted houses.

"The Strawberry Mansion Community Development Corporation will use the Blight Remediation Program funds to restore the currently blighted Coltrane House and its neighboring blighted properties, which will expand the footprint of the Coltrane House to lead to the creation of the John Coltrane Museum and Cultural Arts Center," said a description of the grant provided by Democratic State Rep. Donna Bullock, who represents the 195th District in Philadelphia.

The grant is part of a $12 million allocation to projects statewide by the Commonwealth Financing Authority.

"These projects are important to the district," Bullock said. "The pandemic was catastrophic, but we cannot let it derail these important works being done to preserve history, architecture and culture in our communities. I’m thankful this administration has maintained a sense of importance with programs like CFA, even during the challenges of our economic recovery from the pandemic."