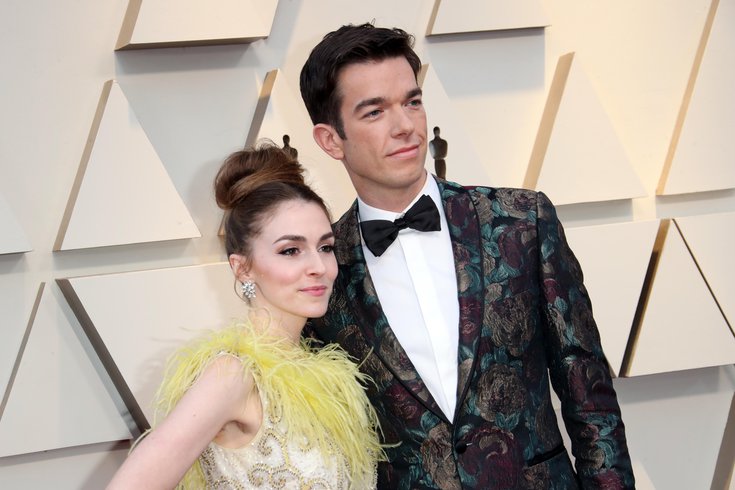 John Mulaney and Annamarie Tendler are pictured at the 91st Academy Awards at the Dolby Theatre in Los Angeles on Feb. 24, 2019. The couple is now going through a divorce following Mulaney's rehab stint for cocaine and alcohol addiction.

As John Mulaney prepares to take the stage in Manhattan on Monday night — his first stand-up act since entering rehab late last year — news reports indicate he will divorce his wife of six years, Annamarie Tendler.

The split was first reported by Page Six, which confirmed that Mulaney asked for a divorce from Tendler three months ago.

Mulaney declined to comment further on his marriage, telling Page Six that he will continue to focus on his recovery and return to comedy.

Tendler told the website, via her spokesperson, "I am heartbroken that John has decided to end our marriage. I wish him support and success as he continues his recovery."

Tendler, an artist and costume design masters student at New York University, was a frequent source of comedic material in Mulaney's past stand-up sets. The couple share a French bulldog, Petunia, who also became the subject of some of Mulaney's more memorable bits.

A timeline of the couple's relationship from Insider details how Tendler predicted in 2010 that she would eventually marry Mulaney. In December 2019, a year before the rehab stint, Mulaney and Tendler appeared together in photographs at the premiere for the comedian's latest Netflix special.

"Anna, I don't know how to pose in photos but I am lucky to be next to you," Mulaney captioned an event photo he shared on Instragram. "And you're the only person I want to make laugh, truly."

In December, Mulaney entered rehab in Pennsylvania for cocaine and alcohol addiction, citing problems adjusting to life changes during the coronavirus pandemic.

Prior to entering rehab, Mulaney showed concerning behavior during an appearance on Seth Meyers' "Late Night" show, where he had been hired as a writer.

Mulaney had been open about his past struggles with addiction, detailing his problems with alcohol and cocaine in a 2019 interview with Esquire. He had been sober since 2005 before he began experiencing issues again during the pandemic.

The comedian is set to begin a five-day residency, dubbed "John Mulaney: From Scratch," at Manhattan's City Winery from May 10-14.