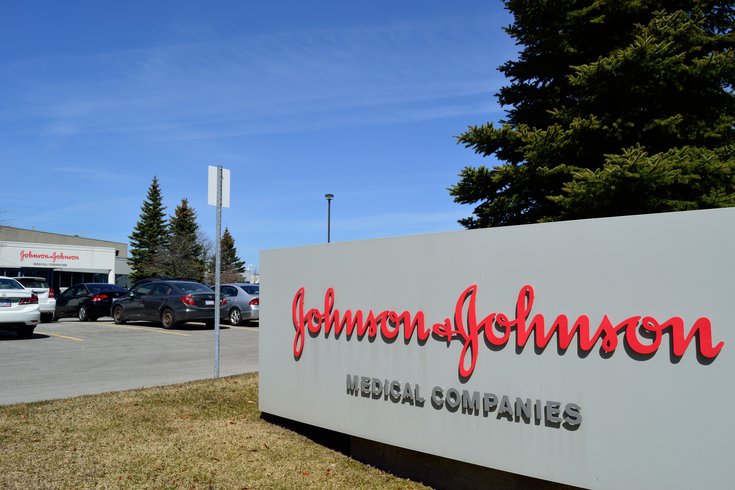 Johnson & Johnson began enrolling participants in Phase 3 trials for a COVID-19 vaccine Wednesday, becoming the fourth company to do so in the United States.

The New Jersey-based company's vaccine candidate is the only one that requires just a single shot. And unlike its competitors, the vaccine doesn't need to be stored in subzero temperatures. Both of those factors could make distributing the vaccine easier.

The trial kicks off one day after the U.S. death toll surpassed 200,000. The race for a vaccine is well underway, with federal health officials suggesting limited supplies of a COVID-19 vaccine could become available late this year.

Pfizer and Moderna each began Phase 3 trials in late July. AstraZeneca also has launched Phase 3 trials, but the U.S. portion is currently suspended because a U.K. participant suffered a serious adverse reaction.

The vaccine combines genetic material from the coronavirus and a deactivated adenovirus to trigger an immune system response. The adenovirus is known to cause cold-like symptoms, but the version used in the vaccine has been genetically altered for safe use.

The multinational trials will enroll up to 60,000 participants at 215 sites in Argentina, Brazil, Chile, Colombia, Mexico, Peru, South Africa and the U.S. Johnson & Johnson also plans on conducting a separate Phase 3 trial in partnership with the United Kingdom to examine the effectiveness of two doses.

The vaccine trials are being conducted in collaboration with Operation Warp Speed, the federal government's COVID-19 vaccine acceleration program. Johnson & Johnson said it is on track to deliver a billion doses per year once its vaccine has received emergency use authorization from the U.S. Food and Drug Administration.

That isn't expected until at least early 2021. Interim results from the Phase 3 trials could take up to 2 months.

The green light for entering Phase 3 was based on the promising findings of earlier trials. So far, the vaccine candidate has demonstrated an acceptable safety profile and the ability to create an immune response to the coronavirus after just one dose. This data is expected to be published on medRxiv soon.

In the Phase 3 trials, a single dose of the vaccine will be compared to a placebo. The FDA has said that a vaccine must protect at least 50% of population for it to be considered effective, but companies are shooting for higher percentages.

The study population for Johnson & Johnson's Phase 3 trials will include a significant representation of adults over age 50. It also will include people with and without co-morbidities that could increase the risk for severe COVID-19 complications.

Dr. Paul Stoffels, Johnson & Johnson's chief scientific officer, told reporters that the company will be transparent about the diversity of participants included in the trial. If the vaccine is proven safe among adults, it will be tested in children, too. The company has made the study protocol available to the public online.