Fatherhood caused him to confront the past, he tells 'Real Sports' 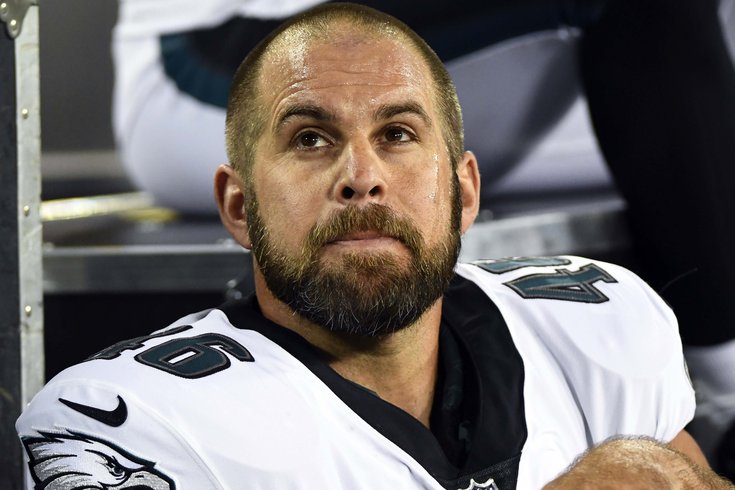 Jon Dorenbos says fatherhood convinced him to reconnect with his dad – the man who murdered the former Eagle's mothering 1992. The two met for the first time in 27 years at a diner in Spokane, Washington.

But fatherhood convinced Dorenbos to do something he previously had no desire of pursuing — facing his dad for the first time in 27 years.

Dorenbos was only 12 years old when his father, Alan, was found guilty of murdering his mother, Kathy, and sentenced to 13 years in prison.

Dorenbos, 40, recently reconnected with his father over coffee at a diner in Spokane, Washington. He spoke about the experience on HBO’s "Real Sports with Bryant Gumbel." The episode can be streamed on HBO Max.

The 14-year NFL veteran said he privately had forgiven his father despite for decades having no desire to see or hear from him – even when Alan was released from prison after serving 11 years.

But his feelings began to change after his wife became pregnant two years ago, Dorenbos said. He accepted that he had to confront his past, see his father and apologize in person.

Dorenbos sent his father an email. His dad was open to getting together.

His father did not appear remorseful for killing his wife in August 1992 in Seattle, Dorenbos said. But he acknowledged there was nothing he could do to change his dad.

"I’m not there to argue," Dorenbos said. "I’m not there to try and prove a point. I'm not there for validation or answers. I could make the choice to become what he did, and to get angry and retaliate, or I could be a better person."

Dorenbos pledged that his one-year-old daughter, Amaya, will never have to look at him in such a way.

"She’s a reminder of pure joy, pure love, pure innocence," Dorenbos said. "Now I get to see real magic. I get to see somebody discovering the magic of the world for the first time every day."

Dorenbos, who played 11 seasons with the Eagles, previously has spoken about the role magic played in his ability to cope with his mother's death. He has said magic filled "an empty part of my soul."

"I attribute who I am today to what magic did for me at the worst time and the lowest time of my life," Dorenbos said in a previous interview conducted by HBO. "It was this place that I could go that nothing else around me mattered.