On the Philadelphia Eagles' first day of full team practices to open 2017 training camp, starting middle linebacker Jordan Hicks participated in most of the team's activities, including team drills, though he was somewhat limited.

As PhillyVoice first reported at the end of June, Hicks injured his hand while getting out of a pool during his honeymoon in Greece. On Thursday, Hicks provided more details of his injury.

"Snapped right in half."#Eagles LB Jordan Hicks explains how he broke his hand climbing out of a pool while on his honeymoon in Greece. pic.twitter.com/K5iXaUQw1e

Hicks broke his fifth metacarpal bone in his right hand. That would be the following bone, for those of you who are not doctors: 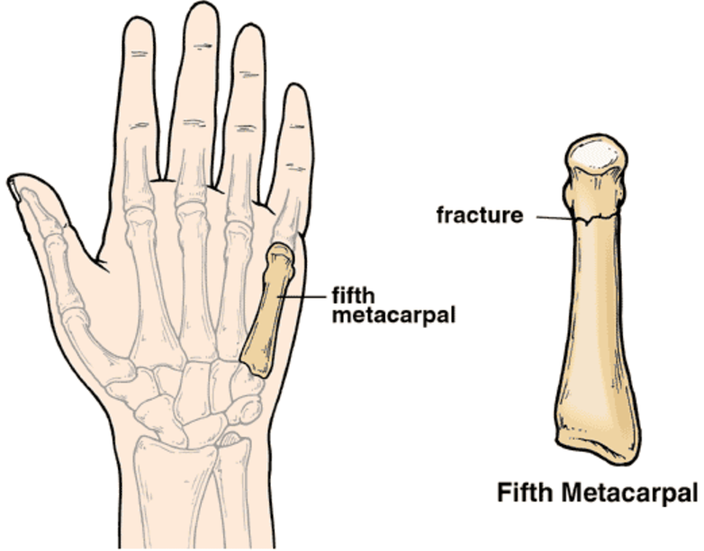 Hicks explained that the injury was nowhere near as serious as others that he has suffered.

"It's nothing," said Hicks. "I've been through so much worse. It's a pinky... During the season, guys play the next week with this injury."

Hicks said that he did not get a cast put on his hand for the rest of his trip in Greece, which lasted another four or five days after the injury occurred. When he returned back to Philly, he had a procedure done, opting not to put his faith in Greek doctors.

"I walked into those hospitals, and the freaking doctors and nurses were smoking cigarettes," Hicks joked. "They were relaxing and having a great time. So I'm like, 'OK, I'll limit what they do to me.'"

For now, Hicks is wearing a soft removable cast, and he demonstrated to the media that he has full range of motion in his hand.

"When I'm (not on the field), I have no cast," said Hicks. "When I'm out on the field, they put this soft cast on. I think that is for maybe four weeks, so I'm almost about three weeks in. So four weeks might be next week. I've got this glove, they put some special padding on it."