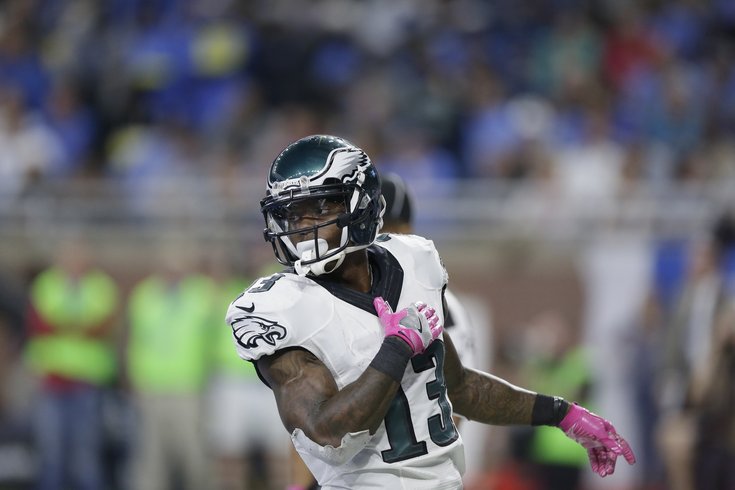 Wide receiver Josh Huff was released by the Eagles on Thursday.

It's been a hell of a week for wide receiver Josh Huff -- albeit, one that is entirely of his own making.

On Tuesday, he was arrested after a handgun, hollow-point bullets and nearly two ounces of marijuana were found in his car during a traffic stop on the Walt Whitman Bridge.

On Wednesday, he was back at practice and got the support of his coach, who said Huff was expected to play in Sunday's game vs. the Giants, and his teammates. After practice, Huff spoke to the media and explained the circumstances that led to his arrest, as well as his personal reasons for owning a gun.

But then, suddenly, the Eagles decided to reverse course and release the third-year wideout on Thursday. In a press conference following the news, executive vice president of player personnel Howie Roseman didn't give any real details about what caused the team to change its collective mind in the 24 hours between Pederson's comments and the decision to cut Huff.

Now, the 25-year-old Houston native who spent three years with the Eagles after the drafted him in the third round out of Oregon, has issued his own statement, according to ESPN:

Statement from Josh Huff, via ESPN's Adam Caplan: "First, I want to apologize to Mr. Lurie and his family, my coaches and teammates, and all Eagles fans. I'm sorry that any action by me brought negative light to this organization. I want to thank the Lurie Family, Howie, this community and the entire Eagles organization for the opportunity I've had for the past 3 years. Most important, I want to let the fans and community as a whole know that I understand the responsibility I have as a professional athlete, and I will take all measures necessary to correct mistakes I have made."  [ESPN.com]

I wonder if he's already gotten a call from Chip Kelly to come try out for the 49ers...