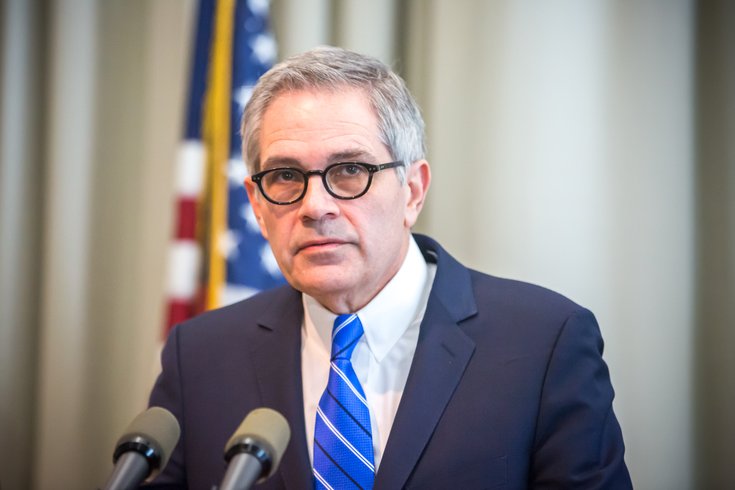 More than 57 drug dealers and traffickers have been arrested in Philadelphia's troubled Kensington neighborhood during a lengthy investigation, District Attorney Larry Krasner announced on Thursday.

The arrests range from street-level dealers to high-ranking members of the Alameda Drug Trafficking Organization, according to officials.

“This multi-month criminal investigation centered on the intersection of Kip and Cambria Streets in the Kensington section of Philadelphia. The hub of this criminal enterprise that was not only a threat to public safety, but an entity that created revenue to the tune of more than $5 million a year from the pain and misery that comes from drug and opioid addiction,” said Krasner.

Drugs seized during the investigation included heroin, cocaine, crack and the synthetic opioid fentanyl, which was largely responsible for a 34 percent increase in drug overdose deaths in Philadelphia from 2016 to 2017.

More than 700 arrests were made over the last year in the section of Kensington covered by the investigation. One hundred resulted in felony charges. There were more than 300 hospital cases within a four-block radius of Kip and Cambria Streets, more than 75 percent of them related to drug overdoses.

The investigation targeted 16 properties allegedly associated with the Alameda Drug Trafficking Organization. Officials said they seized nearly 2 kilos of cocaine, more than a kilo of crack cocaine and 3.75 kilos of heroin.

Philadelphia has committed significant resources over the past year to combating the drug epidemic in Kensington, adding shelter beds for the homeless and traveling medical squads to respond to overdoses. The arrests are part of a concerted effort to choke the supply of drugs to the area, which remains one of the city's most impoverished neighborhoods.

“We are privileged to have worked with our law enforcement partners in the investigation and attendant arrests of members of the Alameda Drug Trafficking Organization," said Philadelphia Police Commissioner Richard Ross. "With these arrests, and the anticipated successful prosecutions, many dangerous individuals will no longer be able to inflict harm upon the residents of our great city."