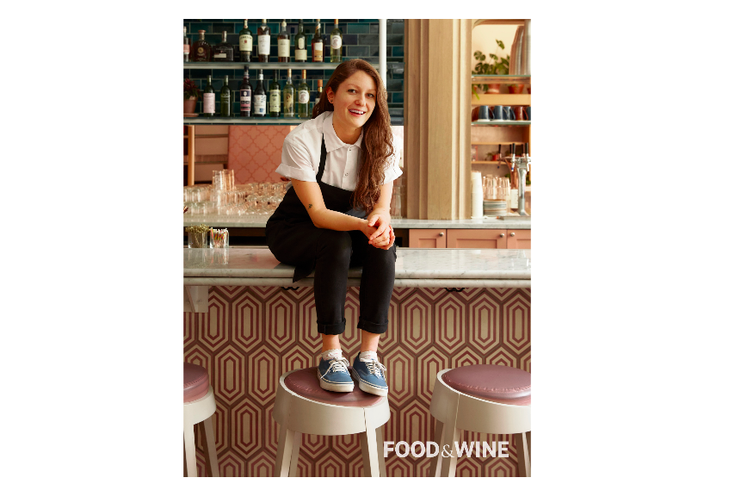 Camille Cogswell, co-owner and chef of K’Far and executive pastry chef at Zahav, was named to Food & Wine's 2020 list of Best New Chefs. She's one of 10 up-and-coming culinary talents across the country recognized by the magazine.

Philadelphia chef Camille Cogswell was named one of 10 Best New Chefs in America by Food & Wine magazine. Chefs who have been in charge of kitchens for five years or less were eligible.

Cogswell is co-owner and chef of K'Far, the Israeli cafe in Rittenhouse owned by Zahav's Mike Solomonov and Steve Cook that opened last year, as well as the executive pastry chef of Zahav. She also won the James Beard Foundation's Rising Star Chef award in 2018.

"With the world in crisis and the food and beverage industry especially hard hit right now, this class of Best New Chefs inspires optimism and hope for the future of restaurants. I can't wait to dine at their tables again and toast all 10 of them in person," said Hunter Lewis, editor in chief of Food & Wine, acknowledging the list is being released during the coronavirus pandemic when many restaurants are closed.

While the dining room is shutdown, K'Far is offering curbside pickup with online preorder.

The food magazine's entire feature on the 10 chefs is available online, and will be included in the July issue of Food & Wine on newsstands this June. Below are all the winners.