The Lower Merion native and his daughter Gianna, 13, died in a helicopter crash with seven other people on Jan. 26 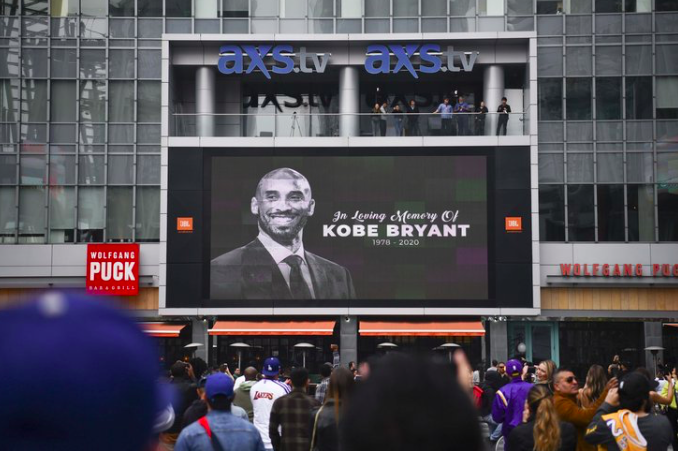 Kobe Bryant's life will be celebrated on Monday, Feb. 24 with a memorial Celebration at the Staples Center in Los Angeles. The Lakers great and his 13-year-old daughter, Gianna, were among nine people killed last month in a helicopter crash in Southern California.

The Los Angeles Lakers are honoring the life of Kobe Bryant on Monday with a memorial celebration at the Staples Center, where the late NBA star built a legacy including five NBA championships over his 20-year career.

The date — 2/24 — was chosen to symbolize the basketball jersey numbers worn by Bryant and his 13-year-old daughter, Gianna, who were among nine people killed in the helicopter crash in Calabasas, California, on a Jan. 26.

Live coverage of the event, which begins at 1 p.m. EST, can be viewed in the stream below.

Bryant, a native of Lower Merion, was laid to rest Feb. 7 at a cemetery in Southern California. Over the past month, the NBA community and fans around the world have mourned the loss of one of basketball's greatest ambassadors.

The celebration on Monday has featured emotional speeches from Vanessa Bryant, Jimmy Kimmel and others in the basketball world who saw Bryant's competitive fire lift him to NBA greatness.

Vanessa Bryant remembers Kobe: “Babe, take care of our Gigi. And I got Nani, Bibi and Coco. We’re still the best team.”

Tickets for Monday's event were sold at prices ranging from $24.02 to $224, again in honor of Bryant and his daughter. Proceeds from ticket sales will be donated to the Mamba and Mambacita Sports Foundation. The arena has a capacity of about 20,000 people for non-sports events, including previous memorials for musicians Michael Jackson and Nipsey Hussle.

Those who wish to pay tribute to Bryant can make donations to the Mamba and Mambacita Sports Foundation.