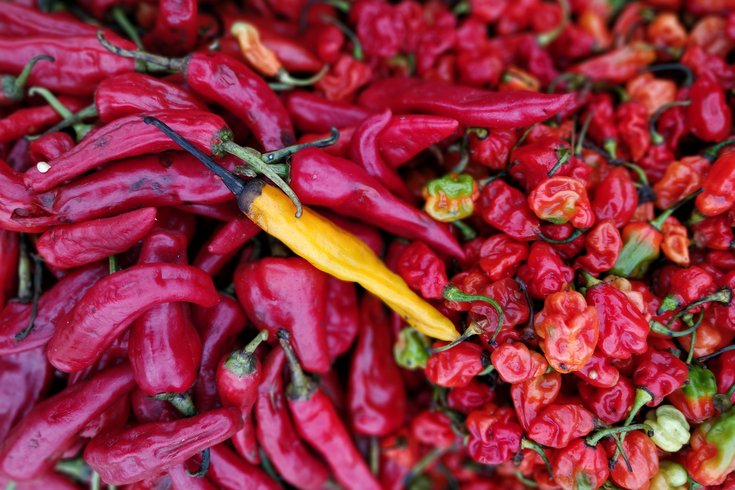 Researcher found that people who ate an excess of 50 grams of chili daily had almost double the risk of memory decline and poor cognition. Scientists looked at people's intake of both fresh and dried chili peppers.

A Lancaster man was found guilty Thursday of importing cocaine from the Dominican Republic. He tried to smuggle the cocaine into the country through Brooklyn’s Red Hook Terminal by hiding it in, of all things, boxes of chili peppers.

Humberto Baez, 50, was a produce importer in Pennsylvania, according to the U.S. Department of Justice. Between August 2016 and March 2018, Baez conspired to hide cocaine inside a shipping container and smuggle the drugs into the United States.

Baez and his co-conspirators reportedly used the codeword “ripe tomatoes” to indicate which shipment would contain the cocaine, and Baez instructed them to transport the drugs to his warehouse in Pennsylvania.

Baez’s shipment was seized on March 1, 2018, and he was charged with conspiracy to important and distribute cocaine, among other charges.

“The defendant’s scheme to conceal 16 kilograms of cocaine in a shipment of chili peppers wasn’t such a hot idea,” U.S. Attorney Richard Donoghue said in a release, “and with today’s verdict, he has been held responsible for his crimes.”