Live NFL free agency updates: Will the Eagles add a veteran running back? 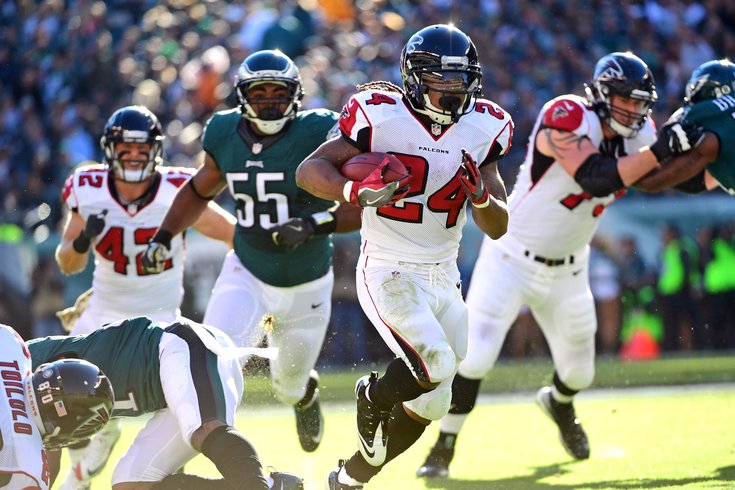 If the season started today (and it can't... if for no other reason than we are in the middle of a global pandemic), the Eagles running back room would consist of Miles Sanders, Boston Scott and Elijah Holyfield.

Sanders showed really good stuff toward the second half of last year while Scott broke through as a shifty little running back in the mold of Darren Sproles during the playoff run in the winter. But Duce Staley will likely have a little more firepower when training camp beings.

The Birds let Jordan Howard, a player who served the role of power back, as well as Corey Clement walk in free agency while also missing out on a handful of runners who signed with new teams.

Four big names are off the market after the first week or so of free agency: Melvin Gordon (Broncos), Todd Gurley (Falcons), J.D. McKissic (Washington) and Howard (Dolphins).

With a laundry list of draft needs, the Eagles seem likely to ink at least one more veteran at the RB position this offseason — though they are surely waiting to see how the secondary market shakes out at the position.

Here are a few of the best remaining options:

Freeman is the most recognizable option left, and has the best track record. However, ever since he had back-to-back 11-touchdown, 1,000-yard seasons (in 2015 and 2016) his production has been in decline. Last year he averaged 3.6 yards per carry and had 656 rushing yards. He did catch 59 passes for 410 yards, an attribute that will appeal to Philly.

Miller finished just shy of 1,000 yards last year in Houston and has been very consistent throughout his career, creating at least 800 yards from scrimmage in every season since 2013. His 1,563 touches will definitely give teams pause.

Despite being around the same age, Hyde has 500 less touches on his odometer than Miller, which is positive and a negative. He is injury prone, but his career 4.1 yards per carry is a solid number.

Richard could be the perfect option in Philadelphia. He has been scarcely used, primarily in a backup role and has had just 233 rushes over four seasons, averaging 5.0 yards per carry. He also catches the ball out of the backfield a great deal, with 160 receptions for 1,380 yards.

Barber has youth going for him, but production-wise he's managed just 3.6 yards per carry over four seasons. He is a true power back, with 15 touchdown runs.

Will the Eagles add a running back today? Will they do anything today? Follow along as free agency continues with our live stream and open thread below: