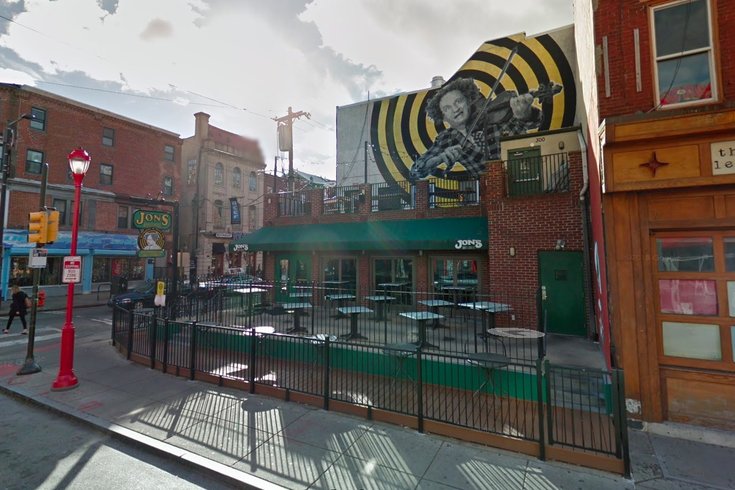 Jon's Bar & Grille, at 300 South St., houses the address where Larry Fine of the Three Stooges was born.

Another storied spot on the Queen Village end of South Street is no more with the closure of Jon's Bar & Grille, which opened its doors in 1981.

The business at 3rd and South is best known for its expansive rooftop deck and quirky homage to the Larry Fine of the Three Stooges, who was born in 1902 at 606 S. 3rd St., literally just around the corner from the restaurant at 300 South Street.

Among the bar's decor dedicated to Fine is a mural and a sign outdoors identifying itself as the "birthplace of Larry Fine." The bar's menu focused on craft beer and cheesesteaks, among other casual fare.

The closure of Jon's comes about a year after Bridget Foy's, another long-running staple of the corridor, closed after a massive fire. Bridget Foy's, which opened 40 years ago this year, continues to undergo renovations with the hope of reopening in 2019.

The owners of Jon's reportedly put the space up for sale last summer for $2.5 million, which includes the business and liquor license, as well as the building.